I woke up at 3am and walked towards the beach
dogs barking at me every few meters.

For “I slept like a Dog, covered in Moss”, Céline Struger (b. 1982) has made a set of sculptures and ground works alongside a film that all revolve around the particularities of her visual language: an investigation of a democracy of gesture that levels material, form and composition as equal agents in the frame of the installation. Been of a relatively amorphous form before, the ground works were transformed to a more restrained practice combined with hanging sculptures that originated during her stay in South Korea. Her artistic method borrows language and aesthetics that welcome the viewer into a set-dimension that seeks to suspend time and questions ideologies and habits.

In “I slept like a Dog, covered in Moss”, Céline seeks to deconstruct and investigate the controlled sense of sight, as opposed to cultural contemplations upon it. Seeing does not exclusively mean seeing, as each gaze needs an abstraction to it. This implies a consideration or even more, reconsideration upon the mere thought of sight, when the gaze and the eye interlace with a longing for touch. The evaluation of vision and touch, as well as distance and proximity, lay in a questioning of the determination of site according to one’s presence in the specific space. Orchestrated by the artist, these agents hold the objects as well as spectators. Ground sculptures filled up with a conglomerate of water, ink and luminophor, seemingly of dense materiality, iridescent in their visual representation change visibility through a play of sunlight, positioning and reflection. As a playful chiasmus almost – things being touched by gaze and objects looking at the beholder – these are guiding the spectator via an invisible path along the objects that mark the floor. “I slept like a Dog, covered in Moss” meets the visitors with a pictorial language that challenges an imposed way of seeing, as well as everyday filters connected to a juxtaposition and hierarchy of forms, material and gaze.

Céline’s aim to consider a democracy of form in her artistic work is a claim to perform a gesture and serves as an elliptic introduction to an exhibition that collects aspects of the uncertain relationship of the viewer and the object. With a focus on the film “Witch Island” the exhibition circles back and forth between the limitation of movements by the audience and the pivot of the constellation of the relationship between formal and material aesthetics in all presented media. Introducing three chapters as a narrative, the fourth may be found as an environment that resonates on the conducted experience by the artist. 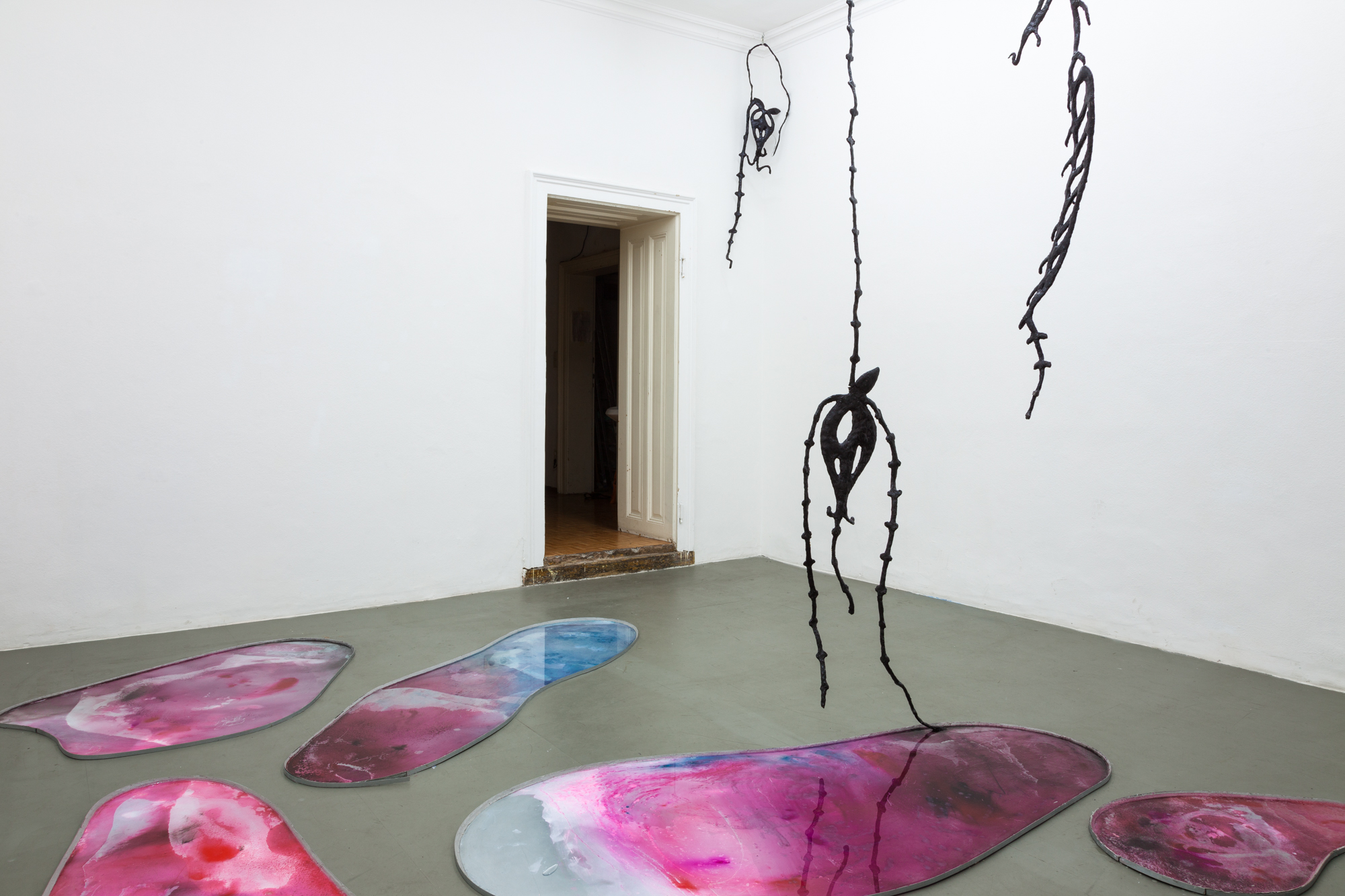 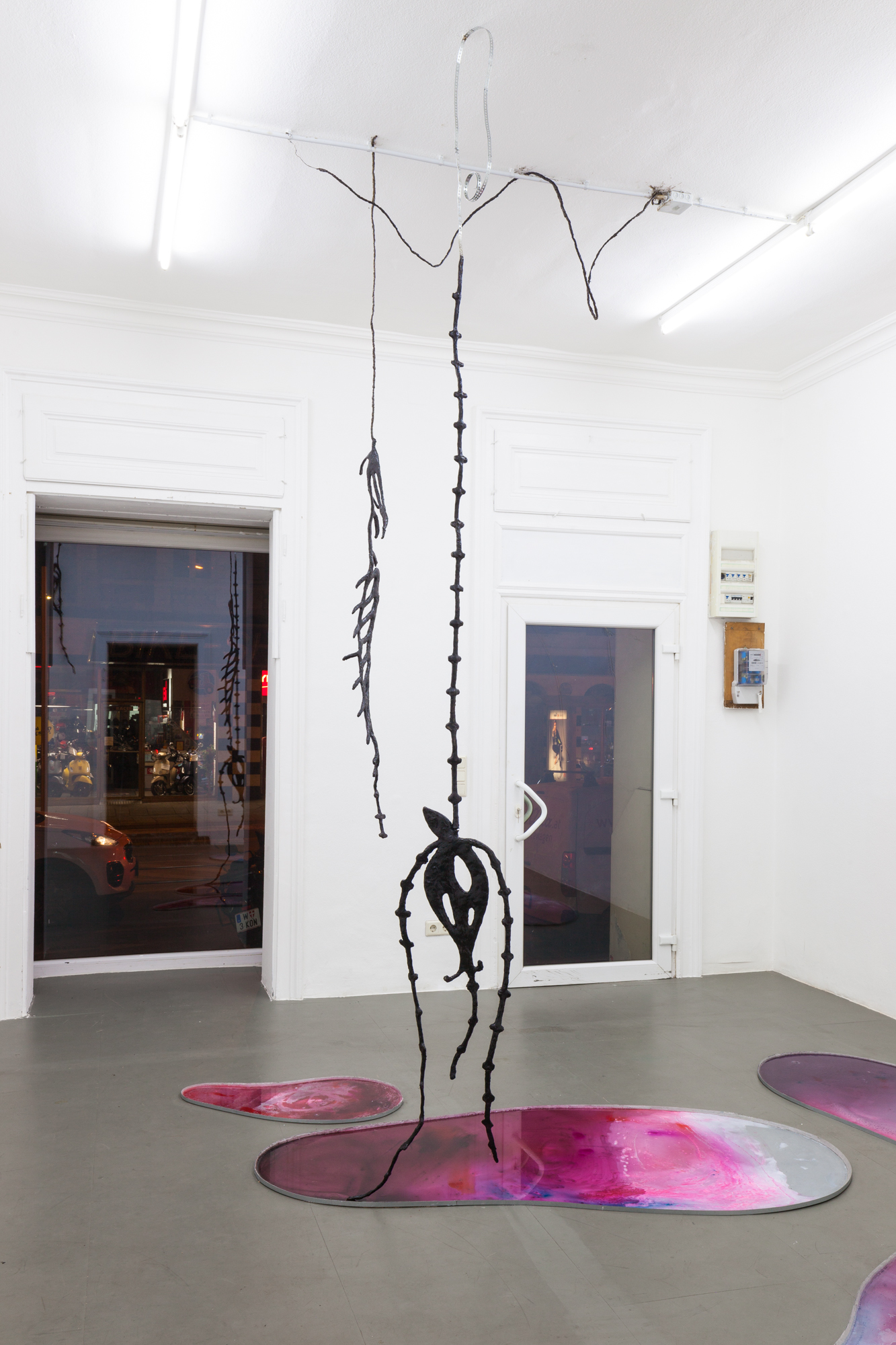 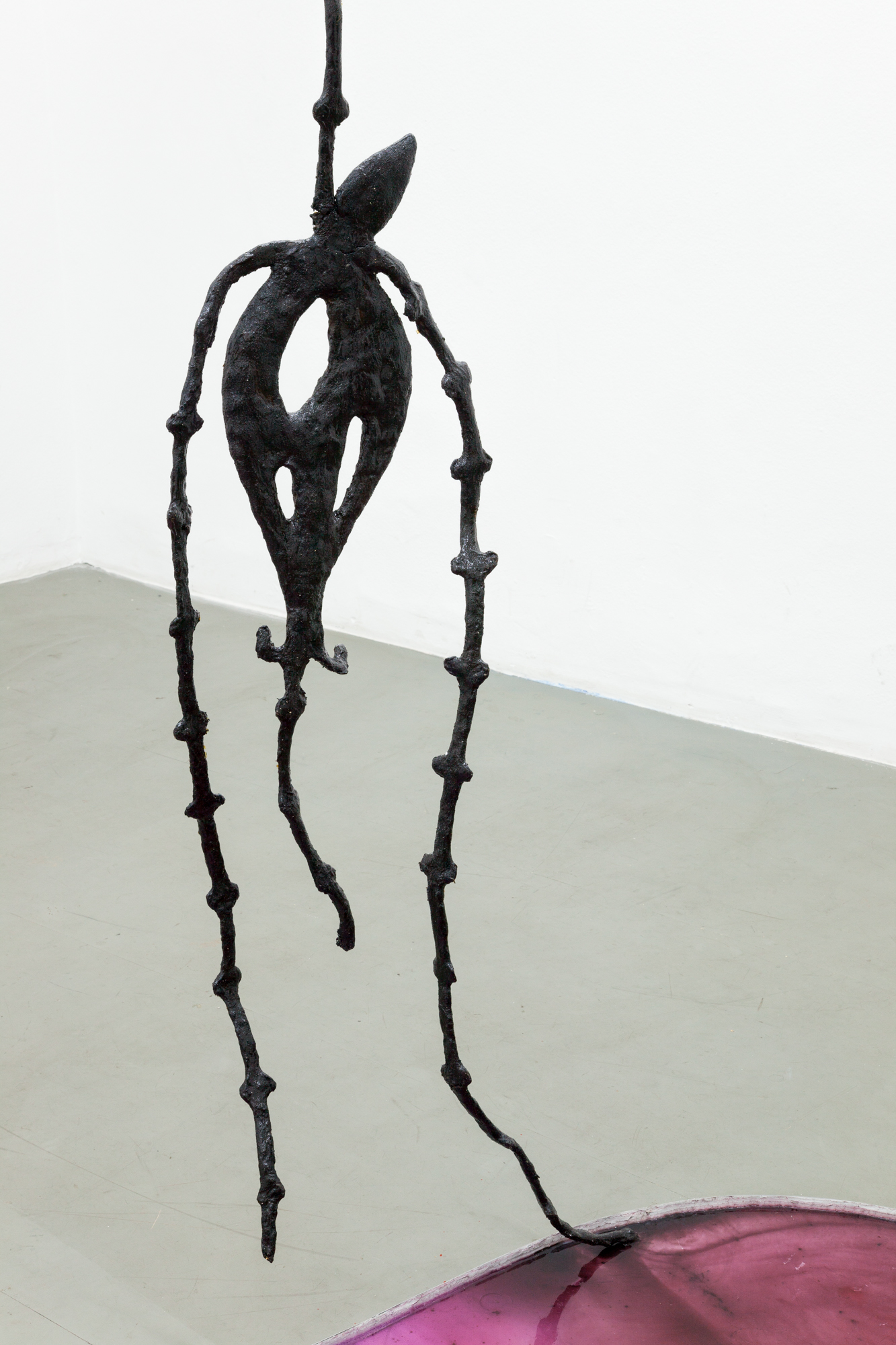 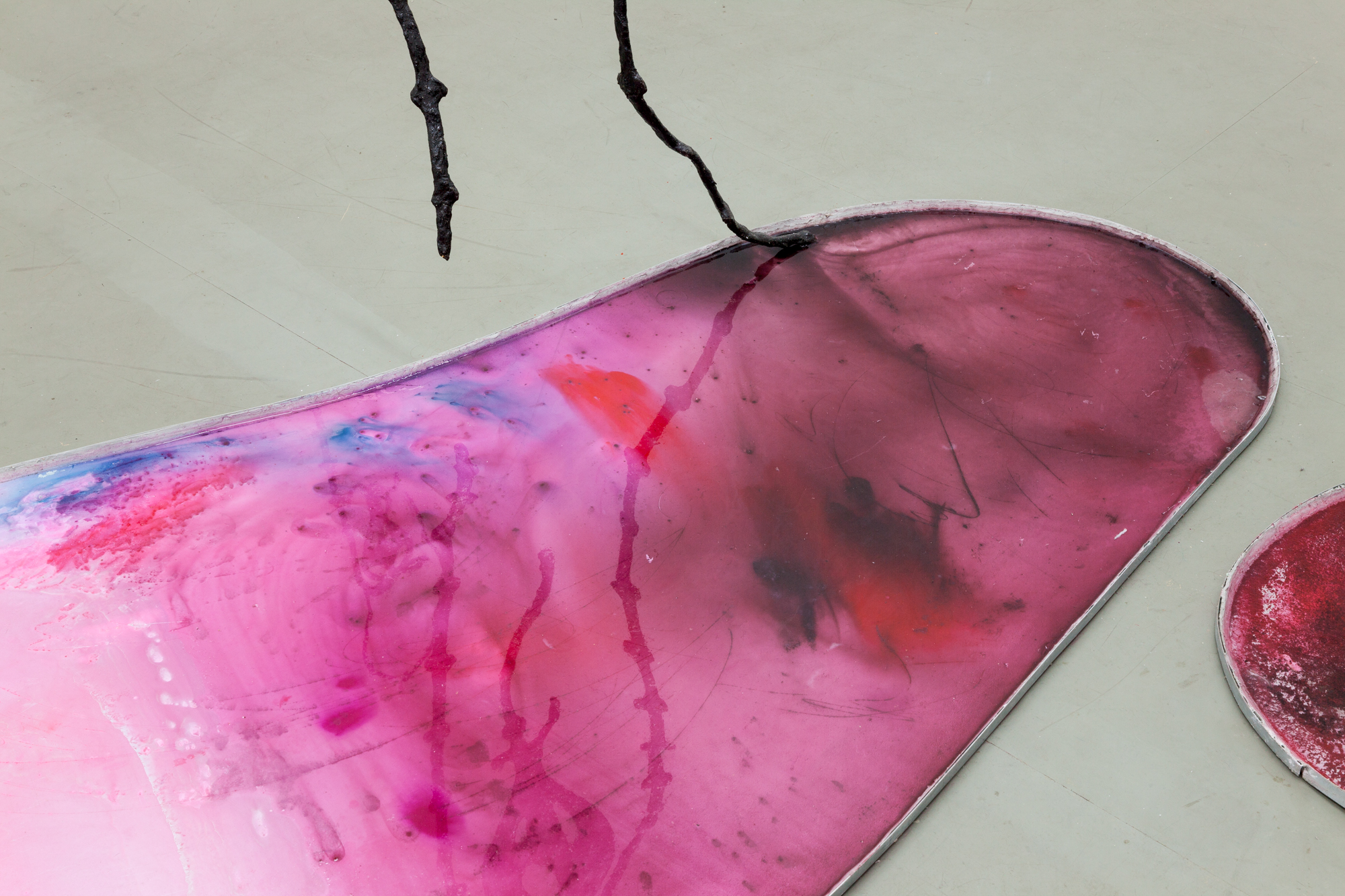 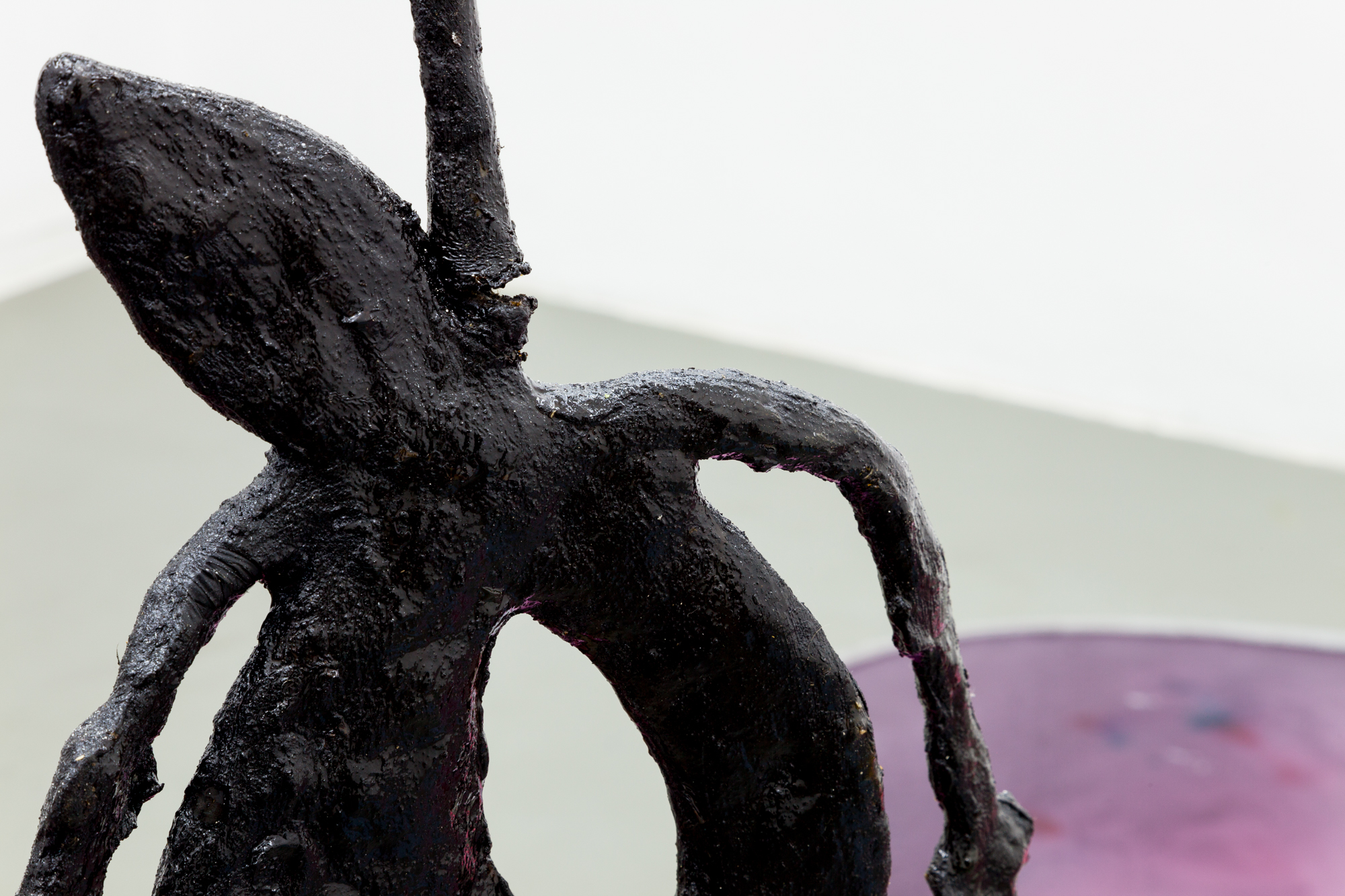 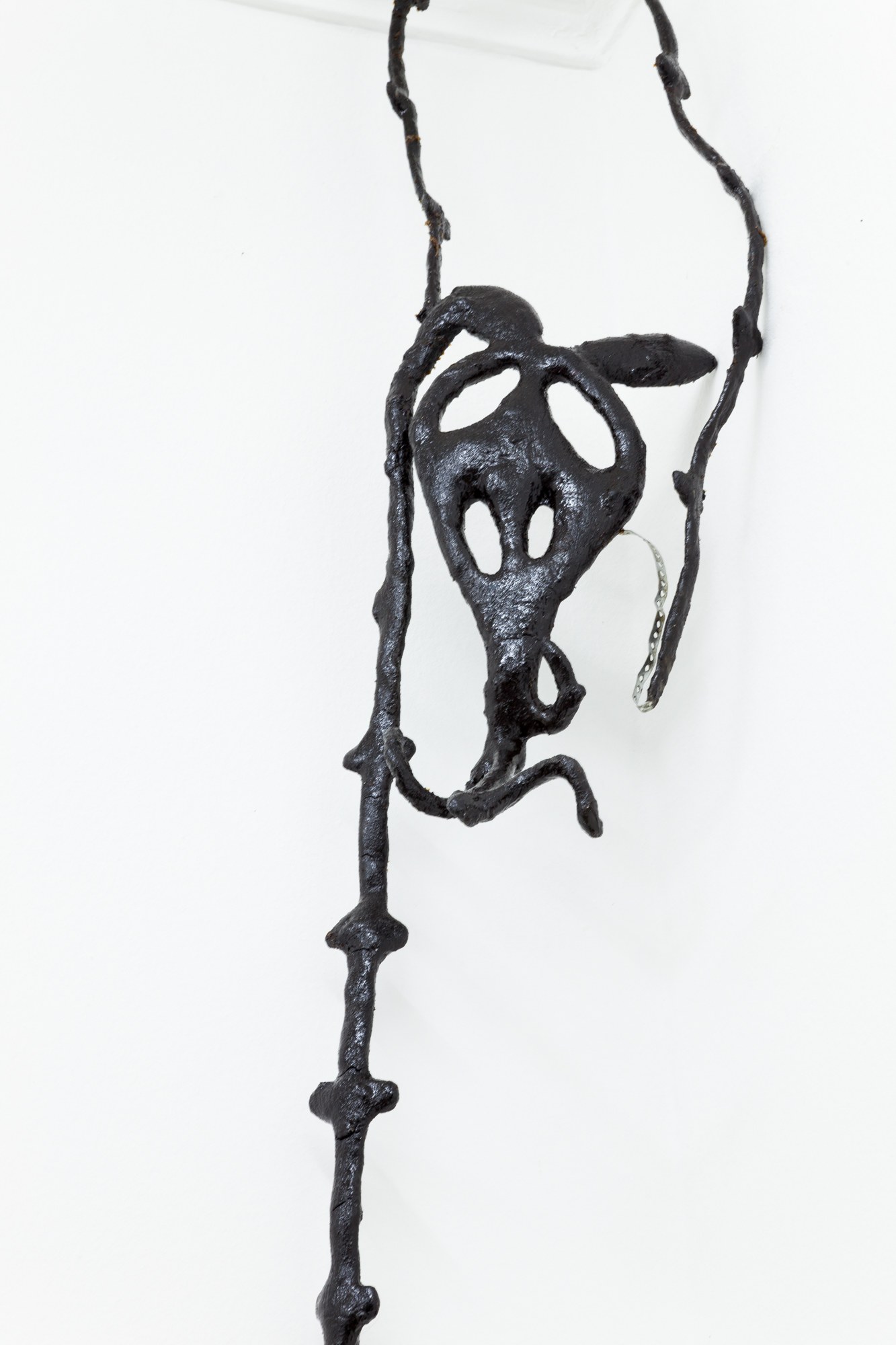 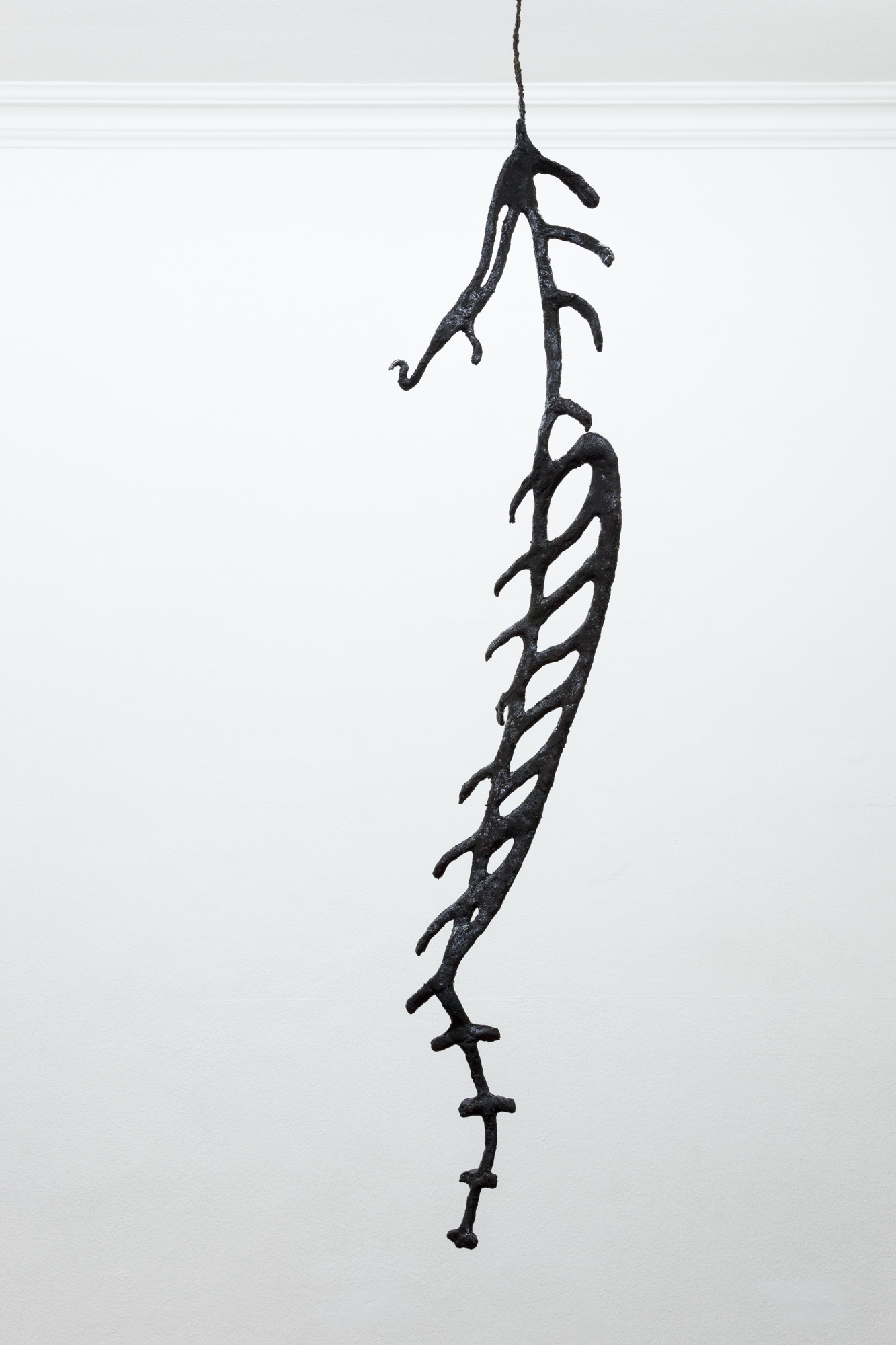 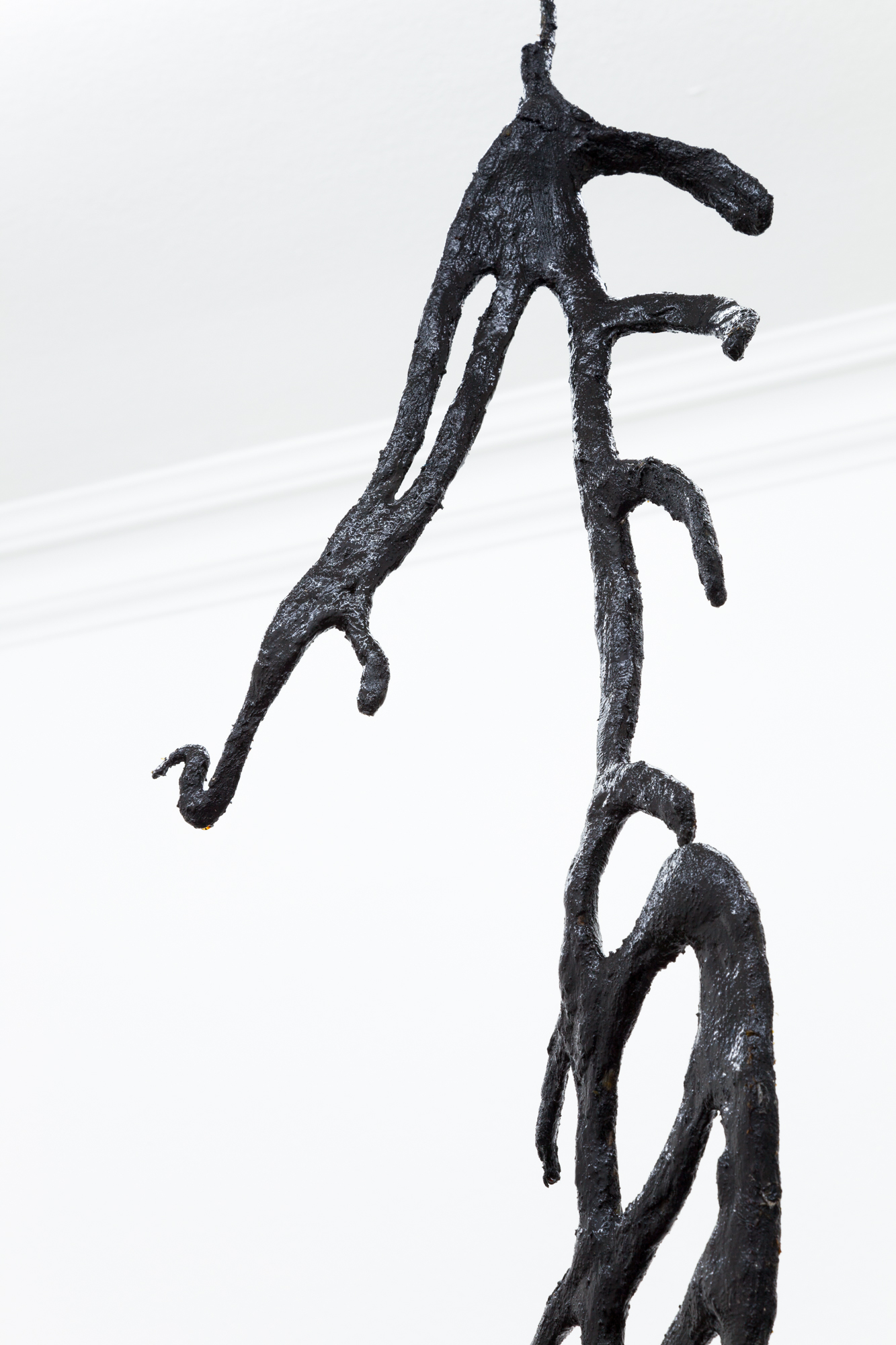 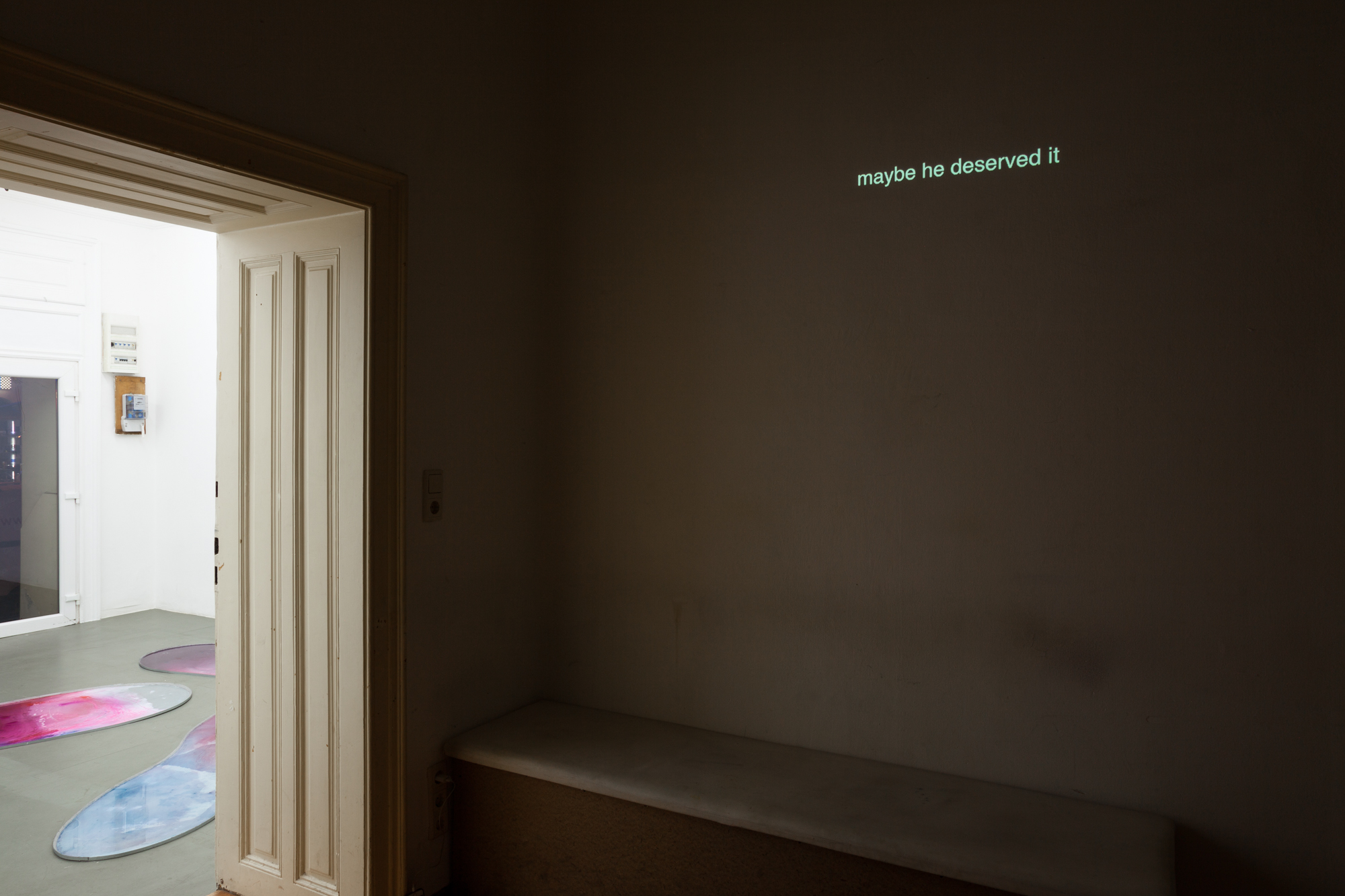 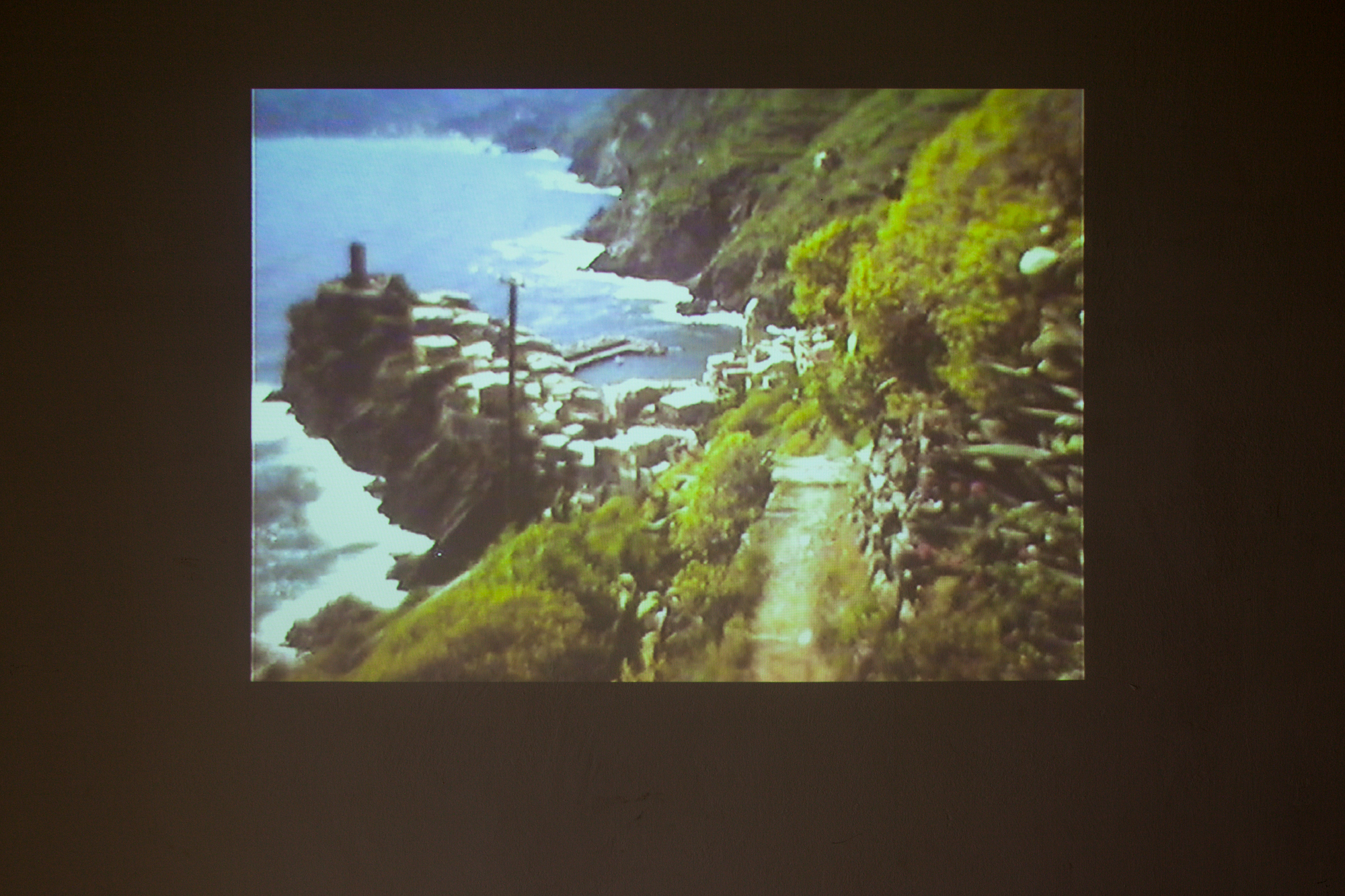 We took a room at witch island
In the house of a family with
Barbecue, onions drying on the ground
And cats and dogs spotted with flees

The impact tore
The drivers head off
In two parts

My friend and I walked next to each other at first
The suitcases sunk into the carpet
Sticking to it, as to roadkill