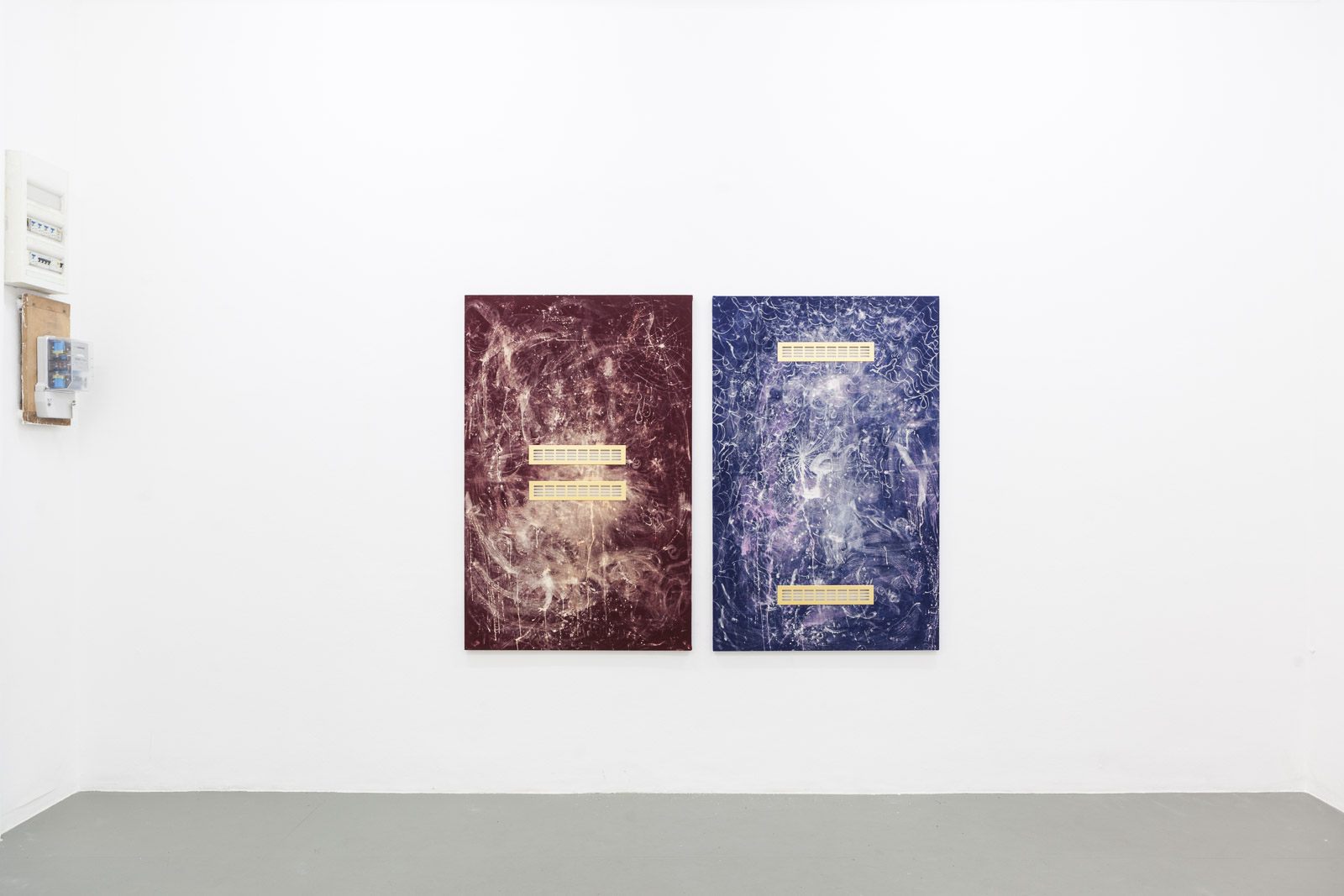 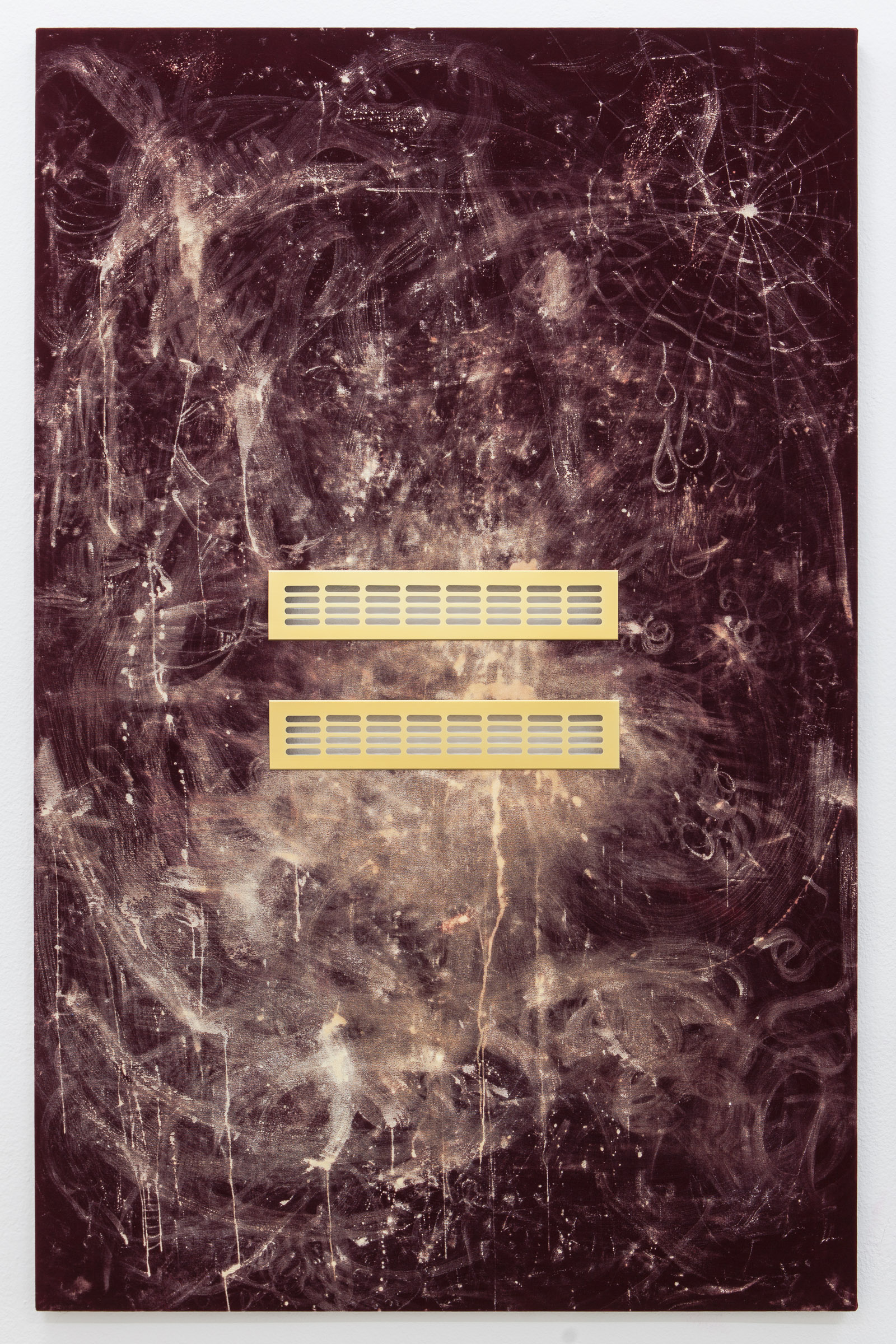 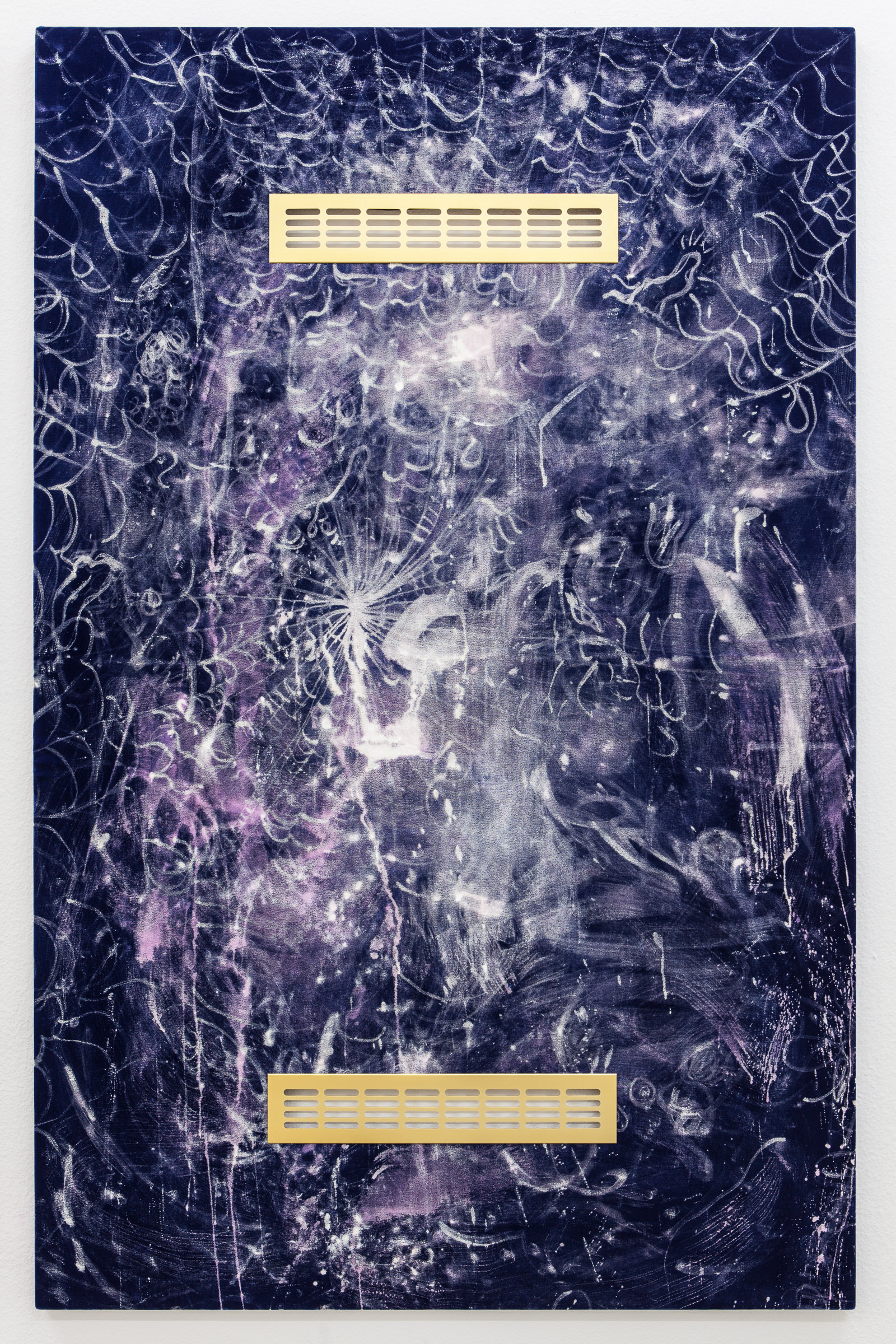 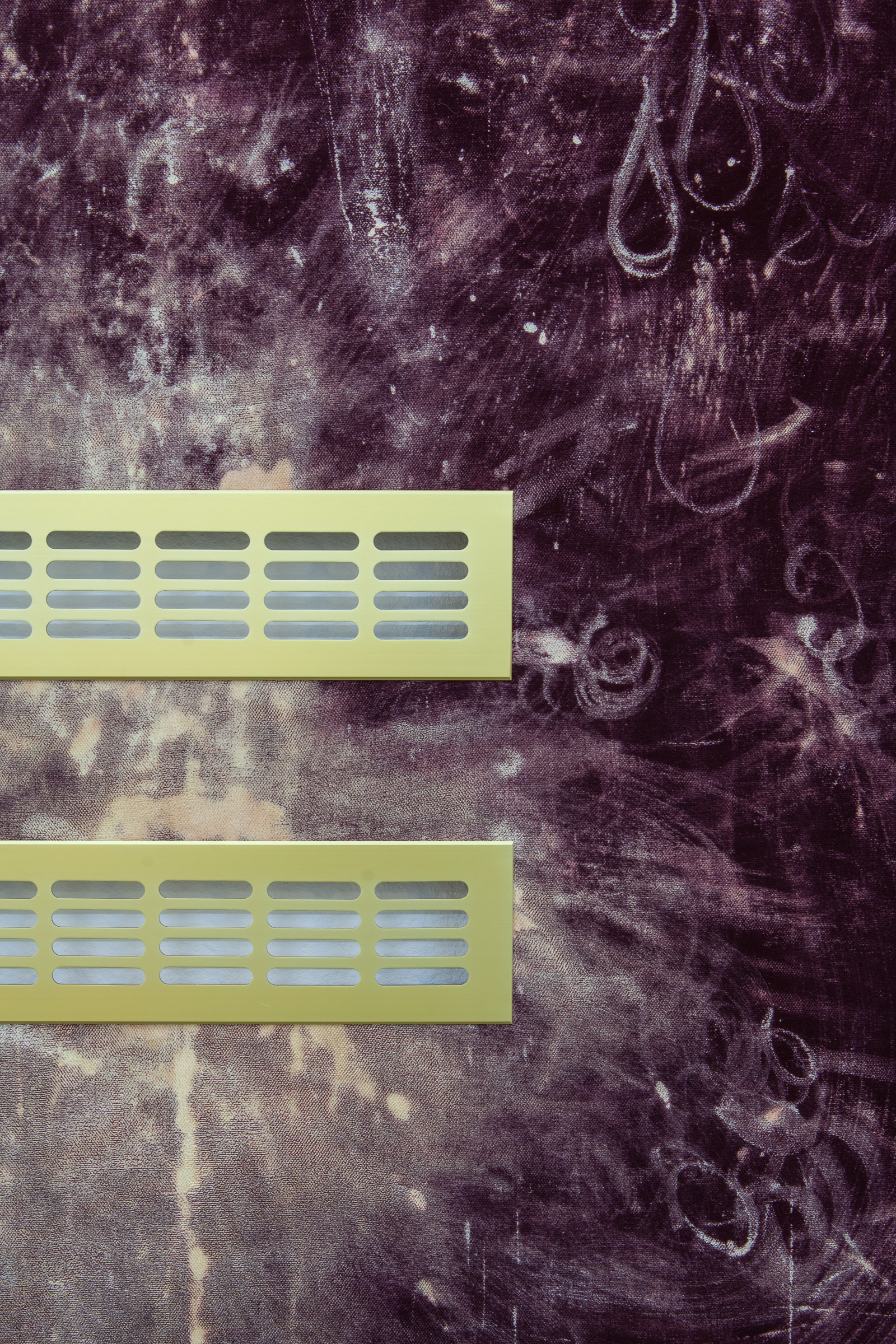 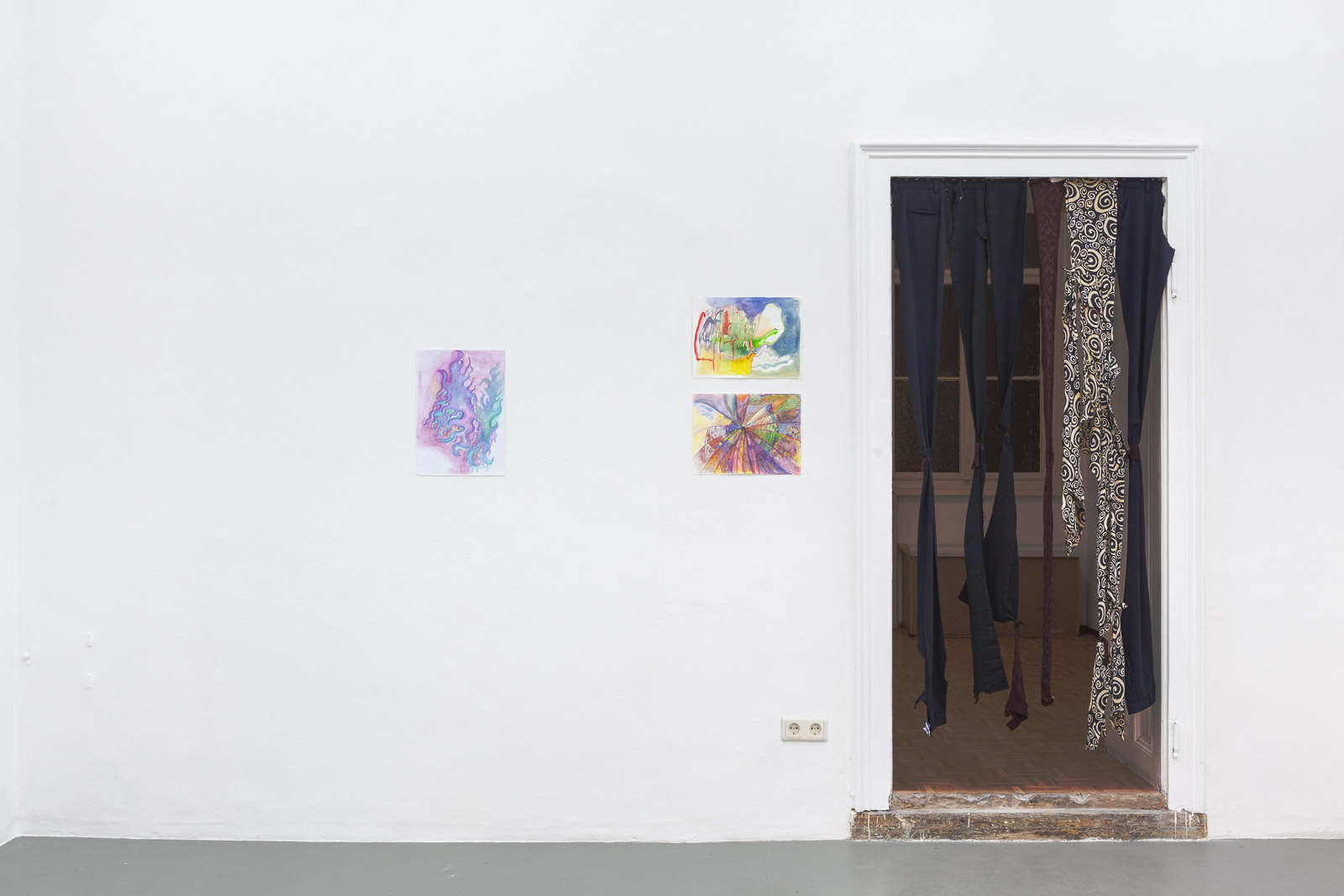 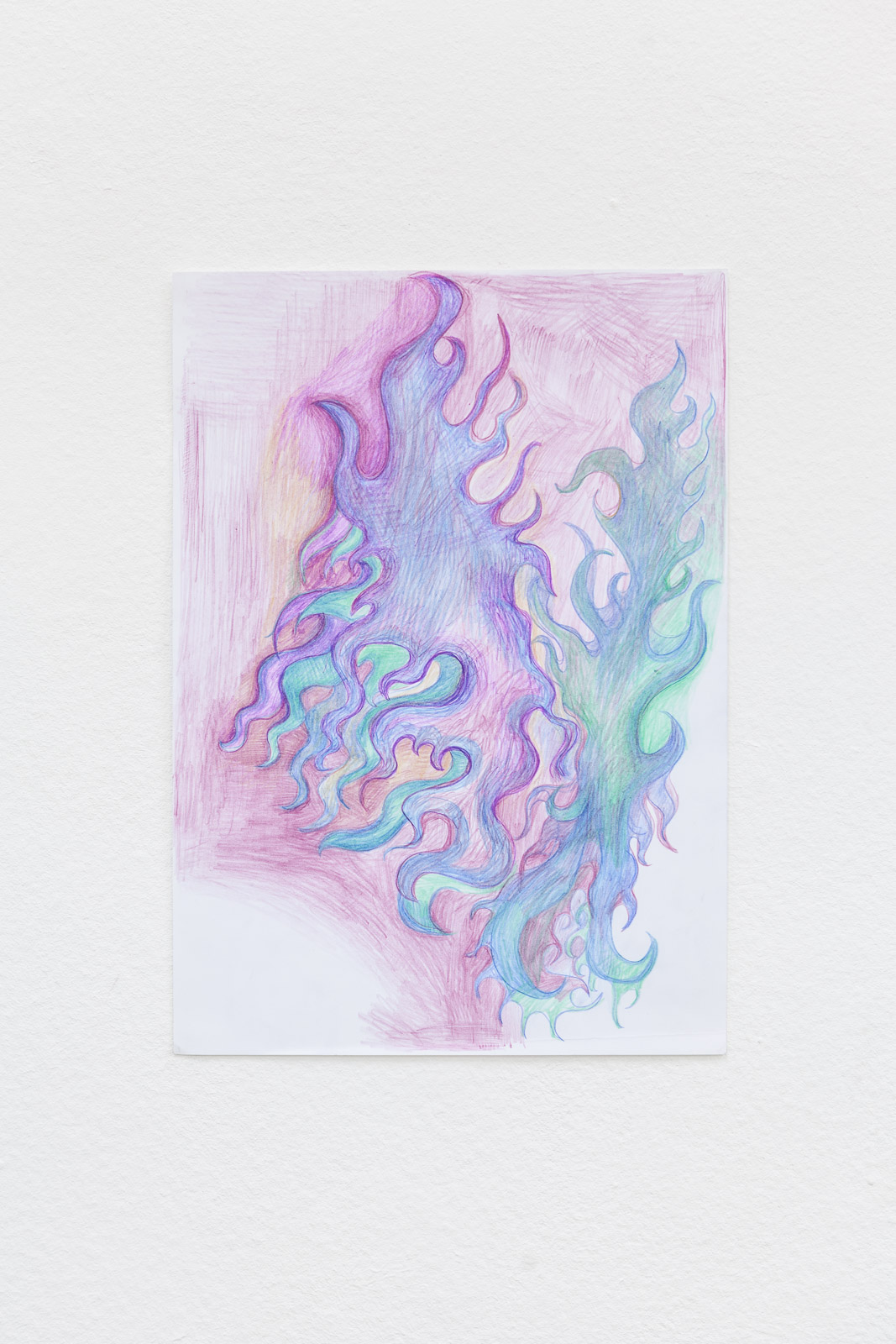 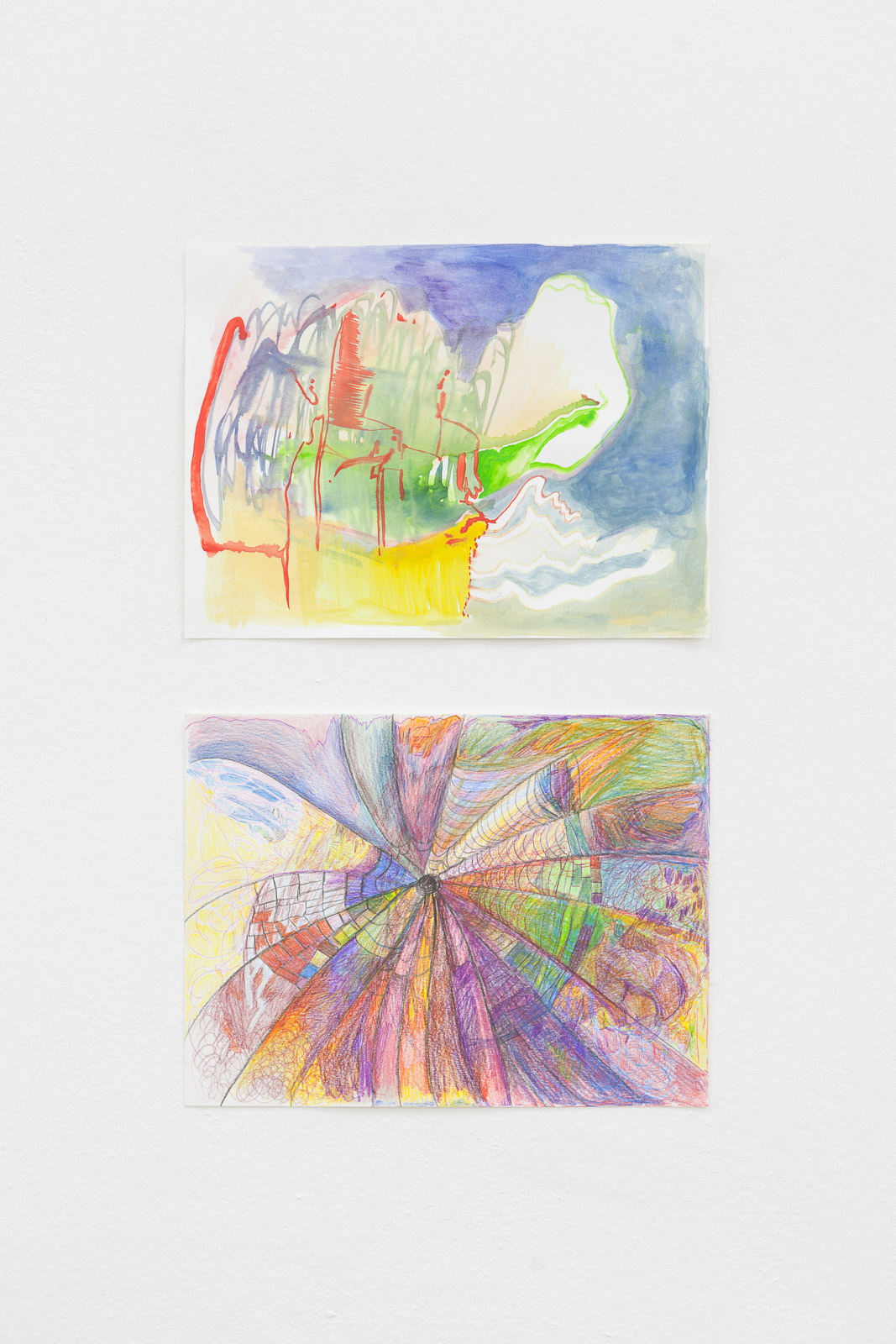 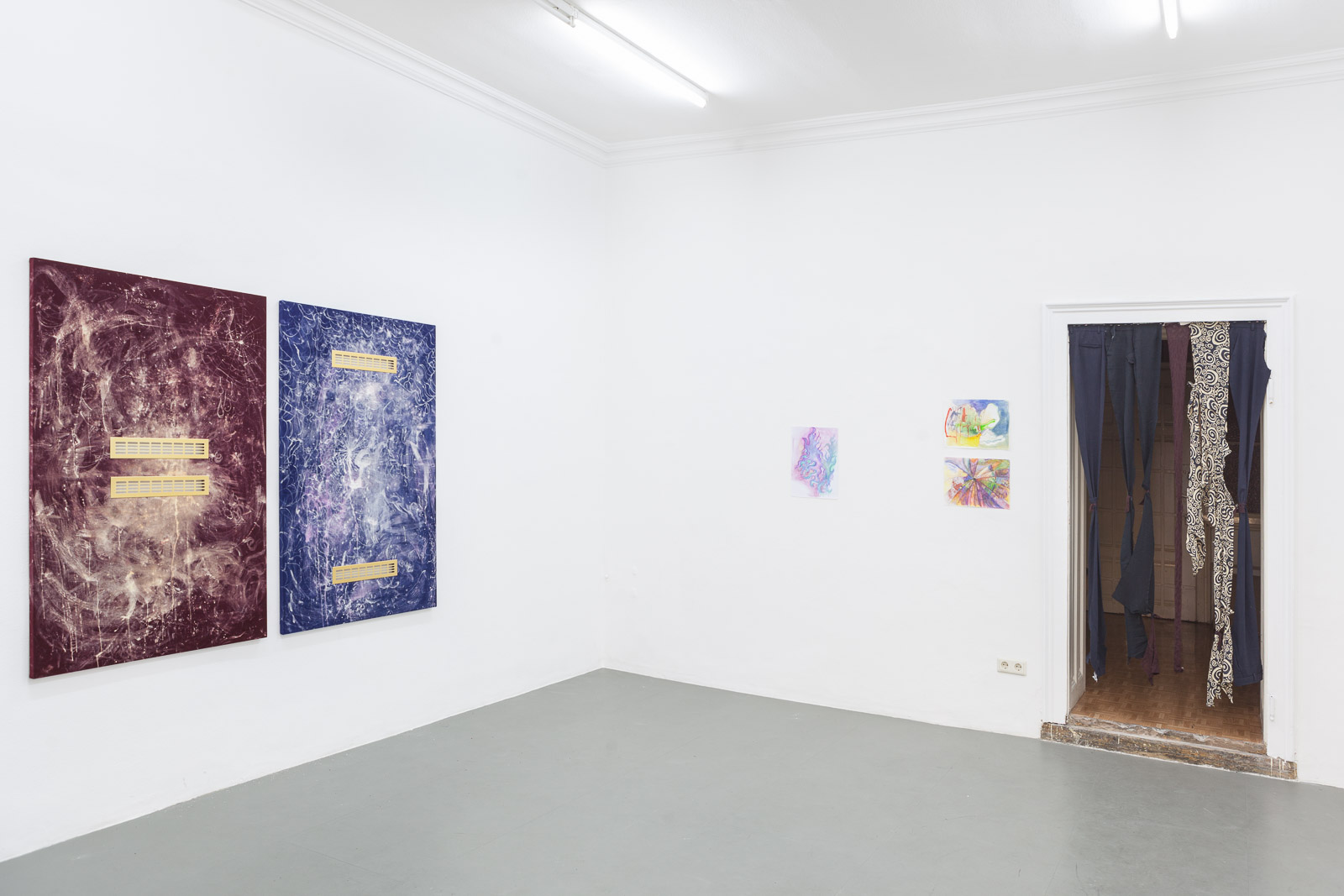 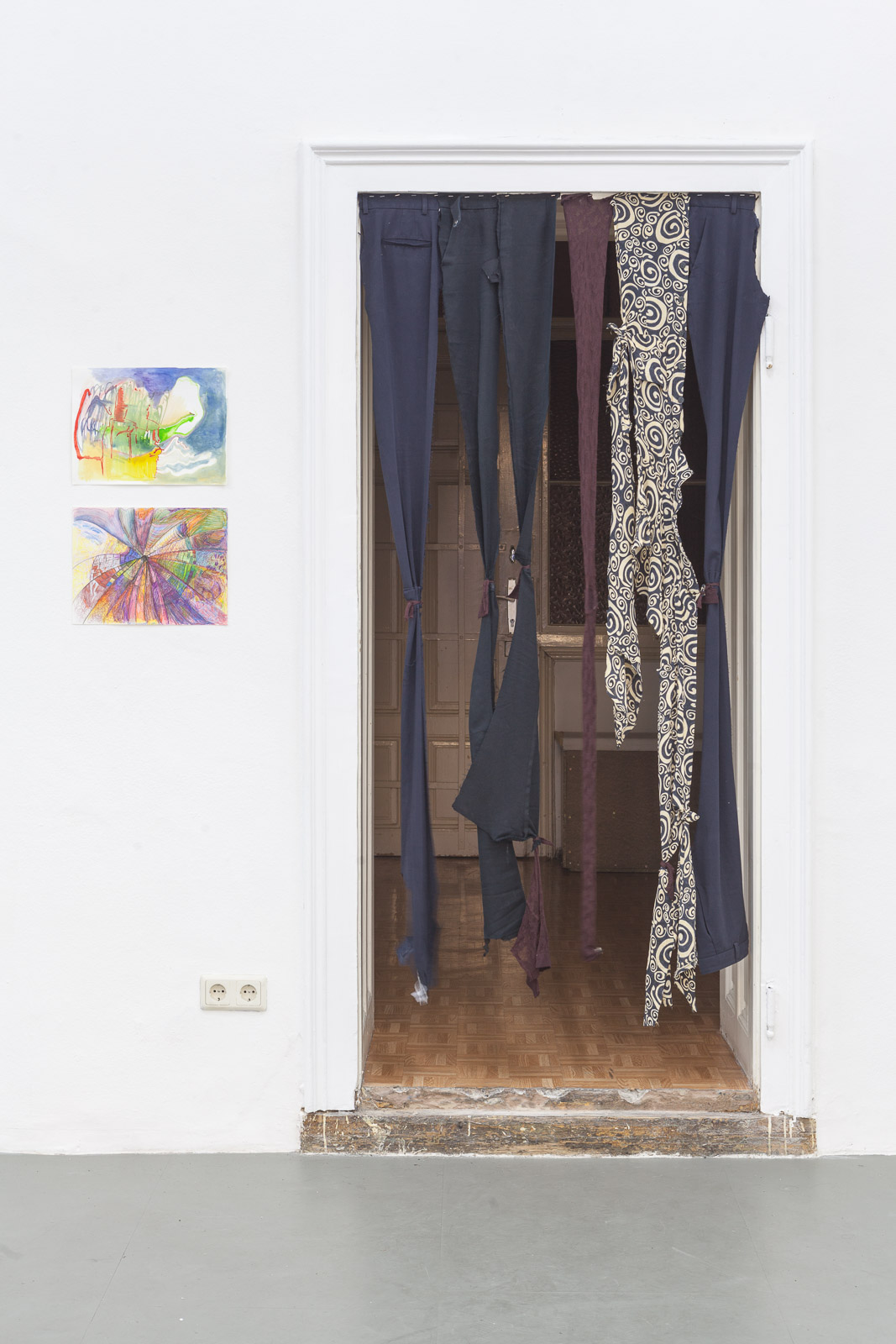 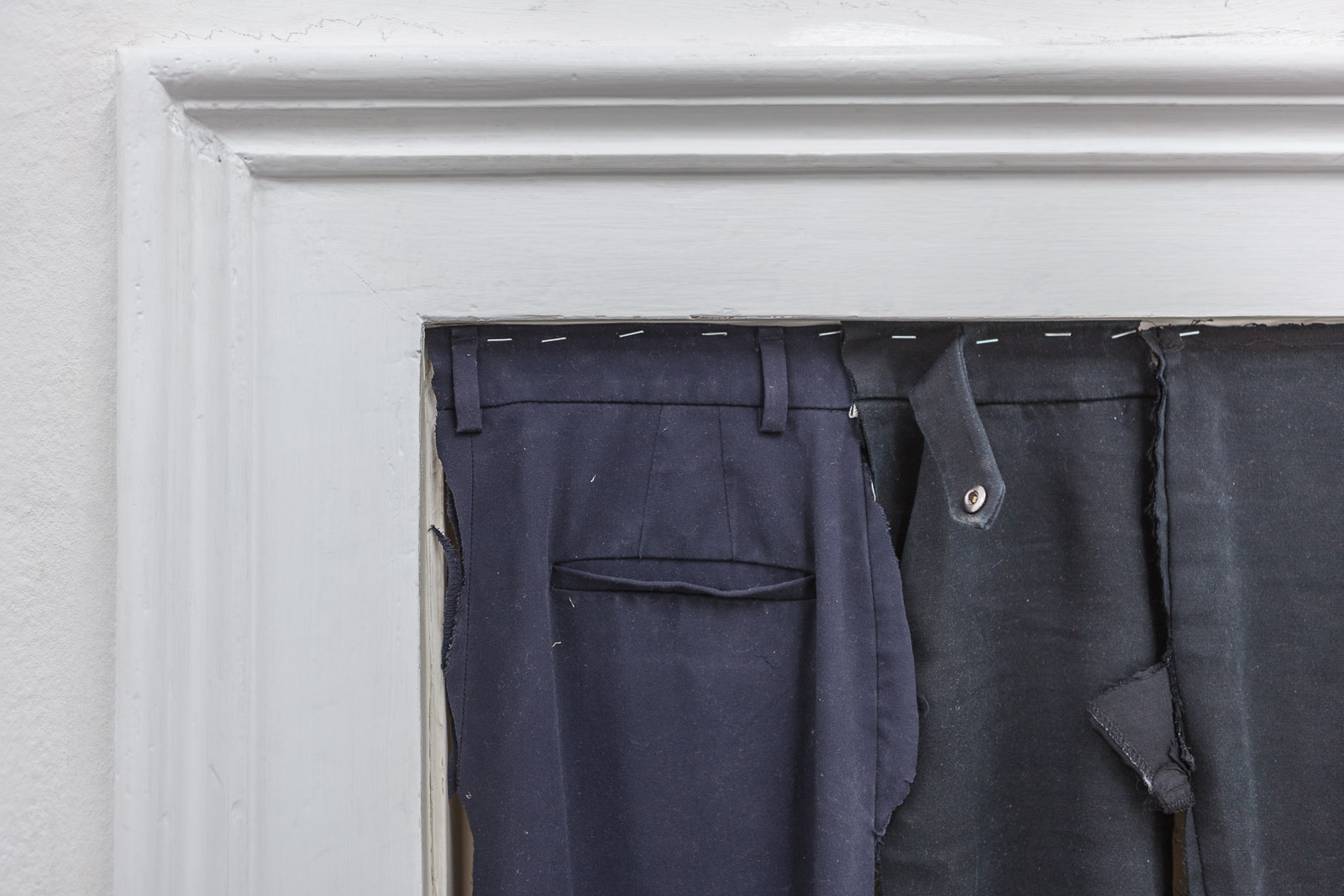 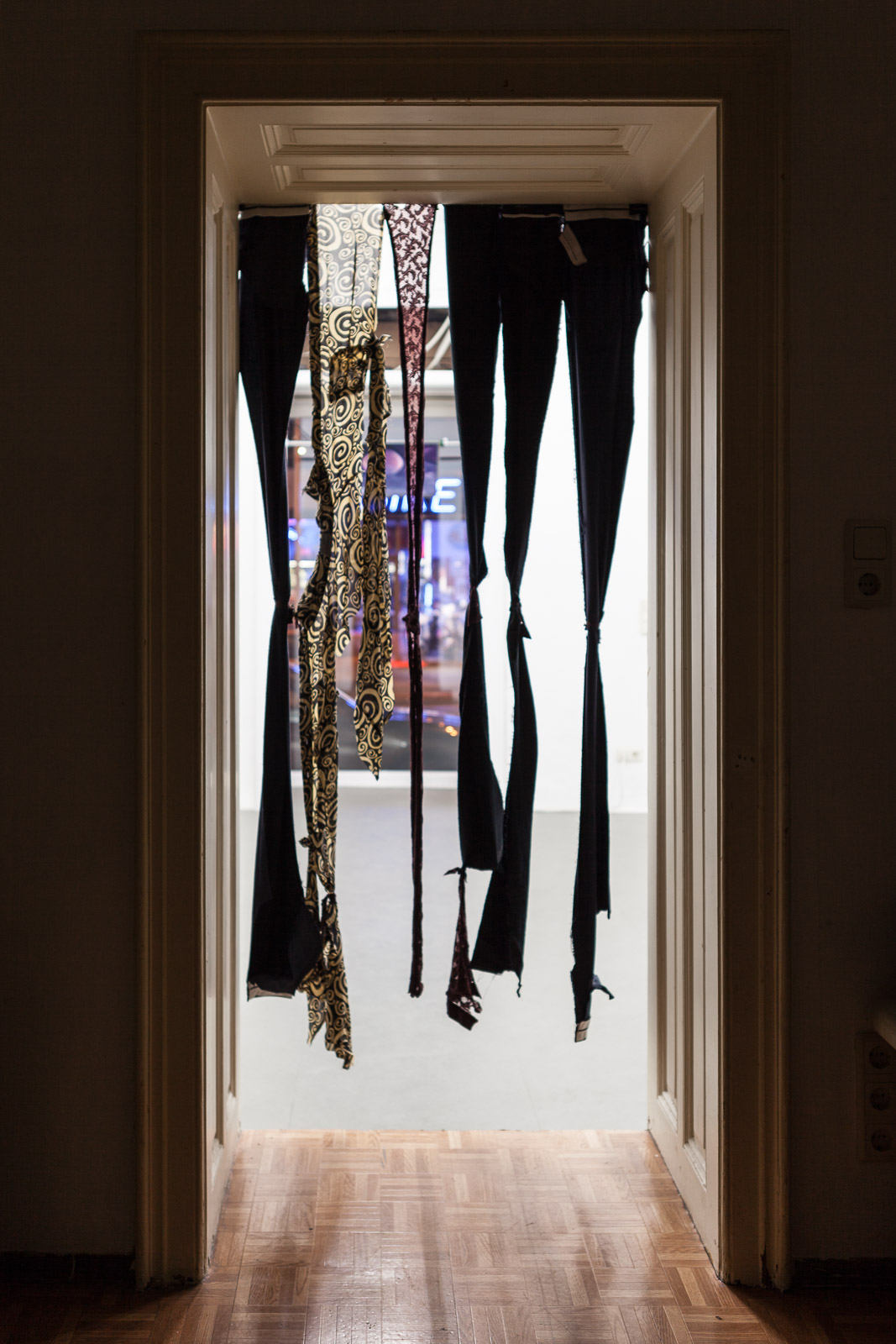 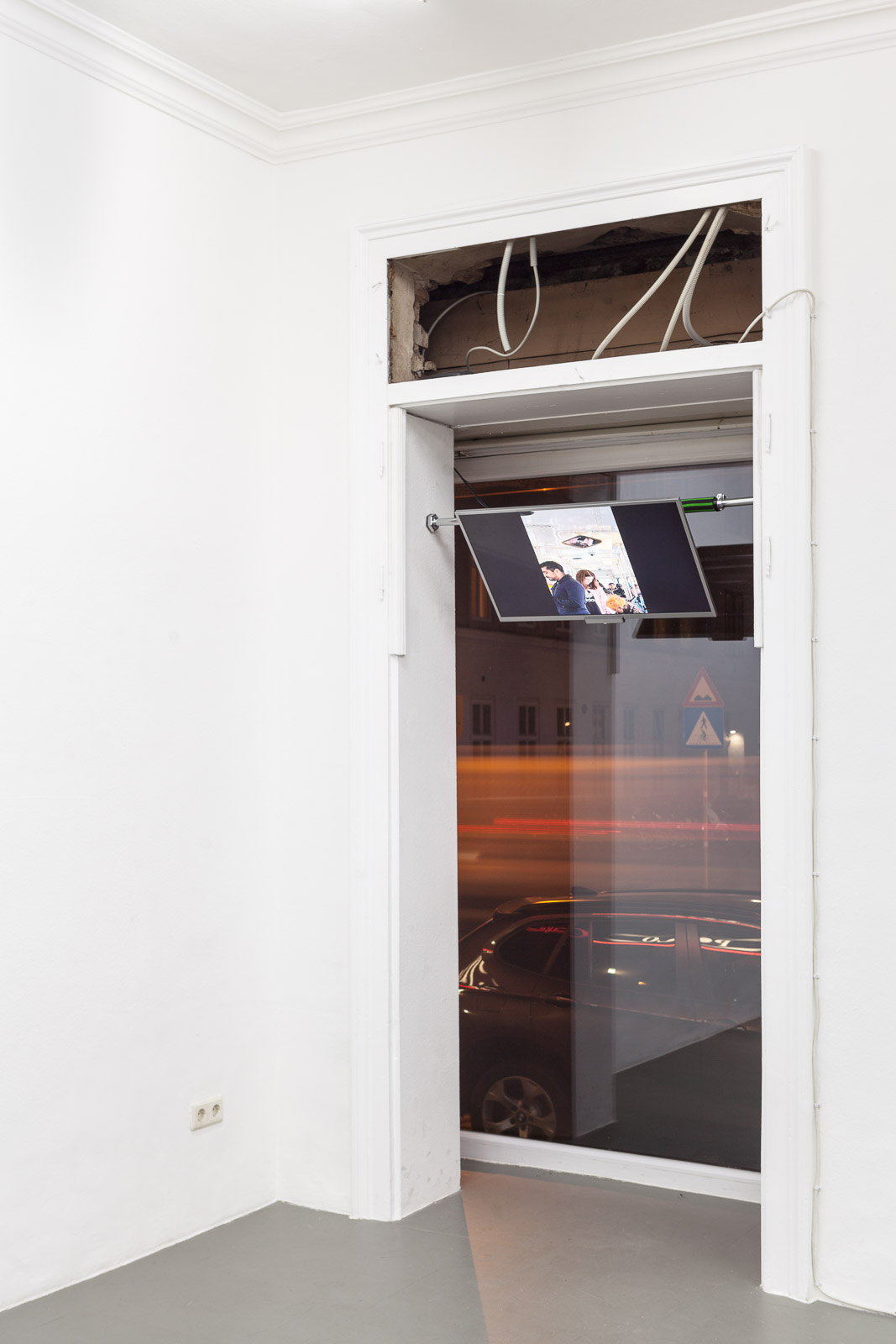 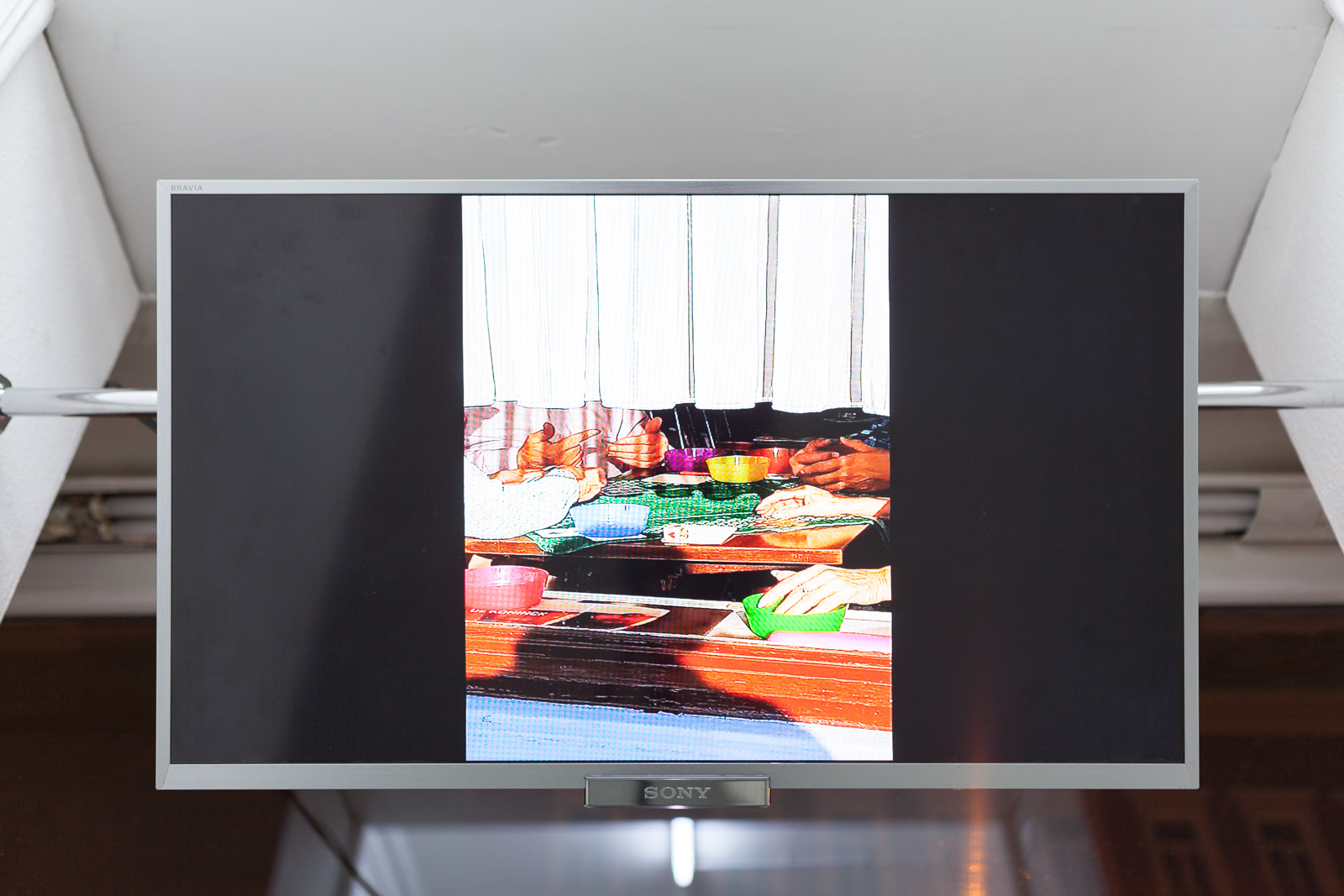 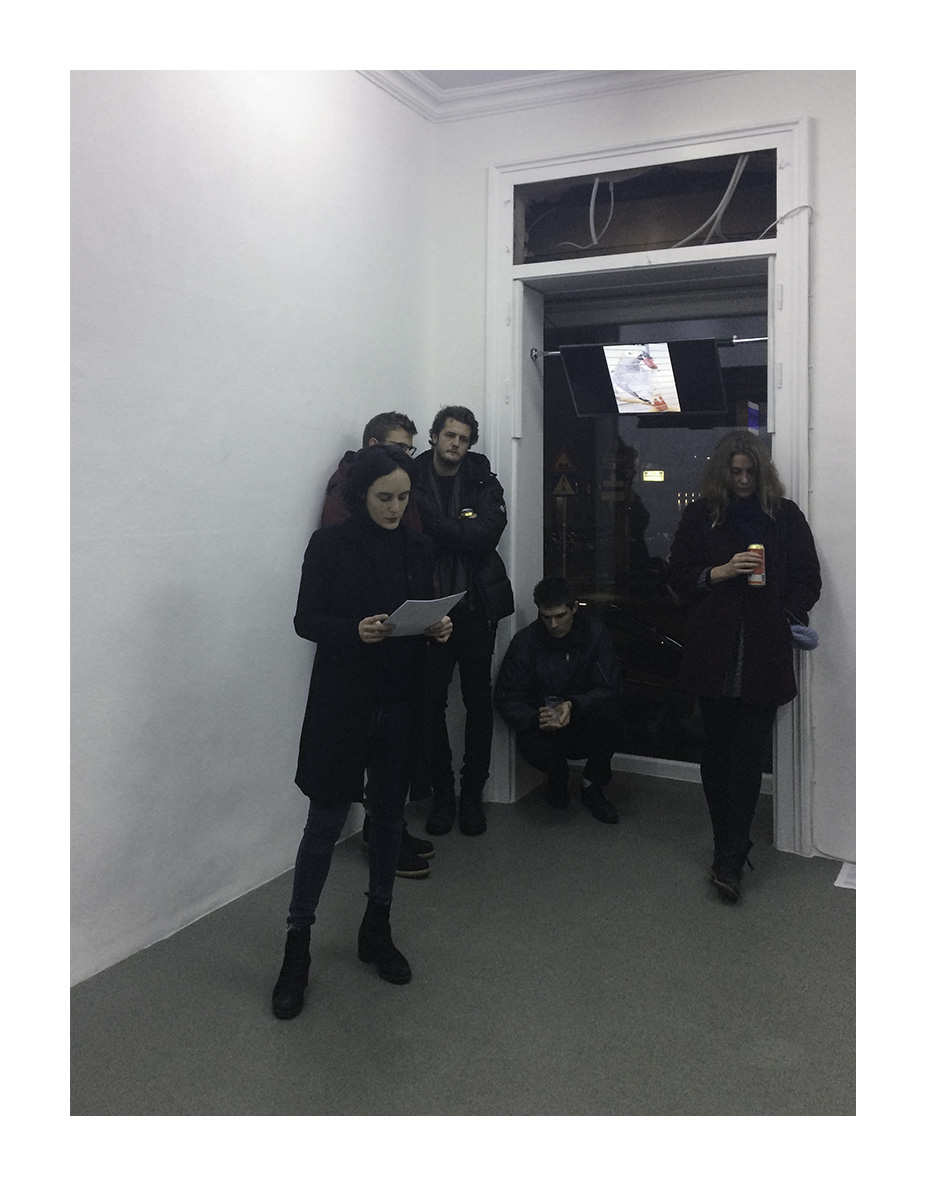 I scratched my perfect white outfit, which was supposed to carry a message of coolness and socially accepted indifference. Now everybody can see my genderless crotch. They will stare and it will wink back at them, haha, take that.

Here: You are looking at a pile of pictures from a boxing match sticker book. They are covered in glitter, but all the faces are covered in their own liquid DNA – in crimson. Next to it is a wooden bowl with hazelnuts.

I, the you, I held hands, I squeezed cheeks, I was crying one centimeter away from a nose, I pulled out all my hair, one by one, it took me less than expected, because I had so much energy, I have counted every single freckle, I have pierced my shoulders with jewelry, and yet, I, the you, have stepped on a mine that had probably exploded, creating a small cloud of pastel green smoke.

Live Green Carnations considers the elements that form an image and places them in perpetual juxtaposition.
Leda Bourgogne creates a poetic terrain that simultaneously reflects on the fluidity between drawing, painting, video, and text, their intrinsic qualities, and renounces any hierarchy potentially assumed between them. Take this as an example: the question of how content and emotion can be represented or insinuated in a painting and the examination of how to break the two-dimensionality and to reveal its physicality. Bourgogne deals with the surface by painting on velvet with bleach - therefore stripping it off its color, creating the actual image through the destruction of its flesh and elegance, and evoking notions of luring darkness and blindness. The industrially produced ventilation grids create a surprising realness in the transit between the painting’s materiality and the illusion it facilitates. The video loop, displayed on a pull-up bar, is comprised of images filmed with a built-in phone-camera and a digital hand-held-camera. They were taken throughout the last couple of months when the artist was traveling in New York, Antwerp and Vienna. Through the act of taking a picture, Bourgogne becomes the protagonist of her own ride, while remaining an onlooker, always on the edge of participation.

If you spin around and stop, you’ll still be in motion; the colors, the flames, the web, the plane, the air, the passengers searching for a destination - they turn and evolve, regardless of how certain you are that you’re standing still.