invited and photos by Eugen Wist

Exchange is to do with giving and receiving, whereas interchange, both in definition and in the context of this show, means to replace, and even to mask.

The Interchange is an intermediary zone. A strategically mute observation room. Its concerned with the production of an image, one that is recognizable but un-relatable.

The front (street) entrance to the gallery is boarded up internally and a corridor has been constructed to separate the bar and smaller back rooms from the main space. The gallery becomes a sort of dead end, a liminal area. Aesthetically The Interchange references both office and military spaces. The only window was treated with tinted foil as car windows or municipal privacy windows are.

The sound element, fundamentally a recording of the street outside the gallery, also contains a sample taken from sonar underwater imaging technology. This sound is incessant, forever sweeping, checking, scanning, surveilling and translating, turning sound and environment into image.

The audio loop plays from a DVD player in the corridor. The player’s power cable is chained onto the cable of one of the corridor lights. During the seconds between the end of the loop and it beginning again one can hear the DVD cease to spin and the actual sound of the room and the road outside can be heard. In the gallery strips of carpet run from the floor to the electrical sockets pointing to the wider electrical grid.

Serving as a preface, installed in one of the outer rooms, is the photograph 'Untitled (green seats)'. An image taken through the passenger window of a car looking down onto the seats. The print has a heavy green cast which emphasises the presence of the glass and sense of submersion. This effort to look in is inverted in the gallery by the necessity to look out, also through glass. 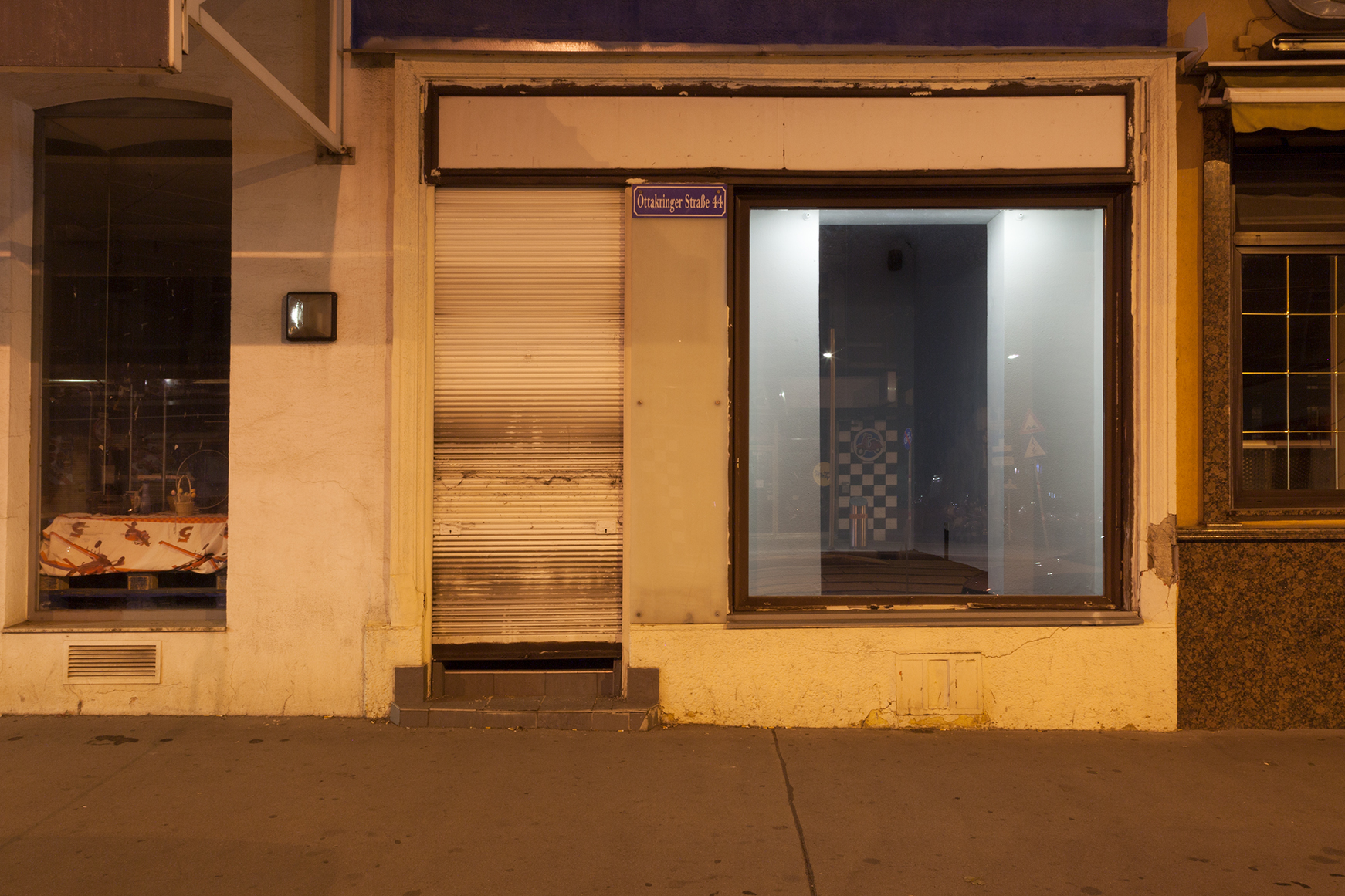 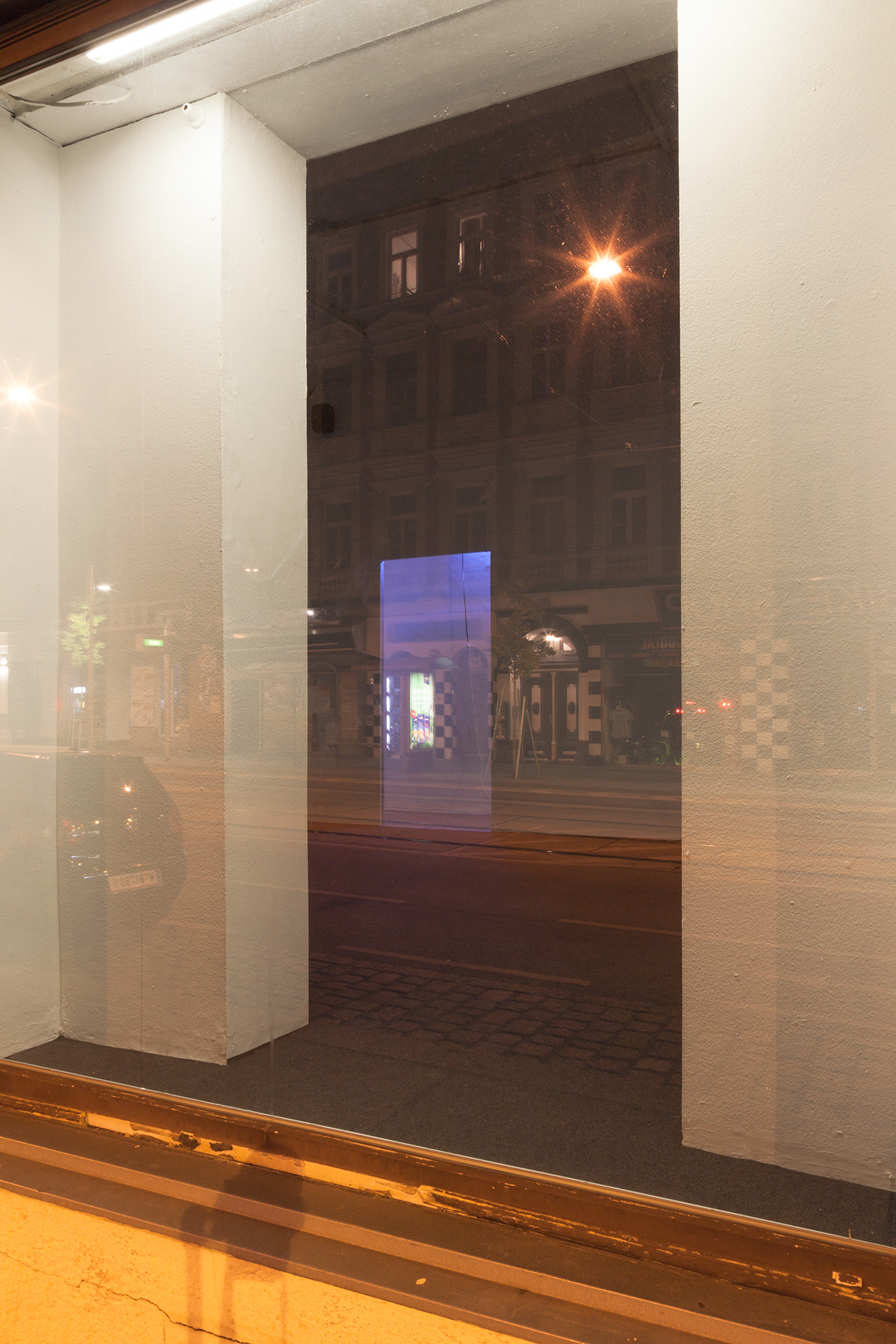 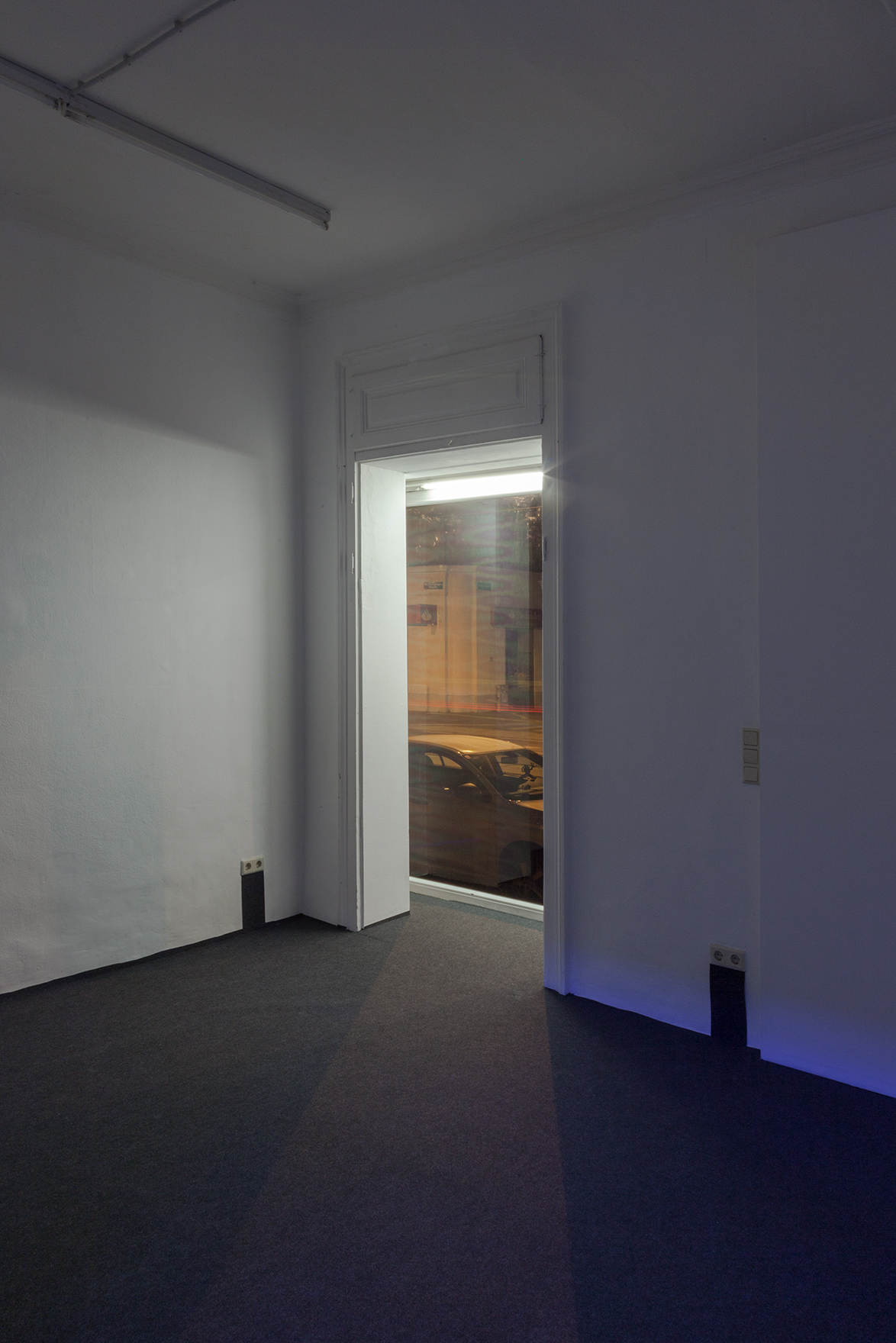 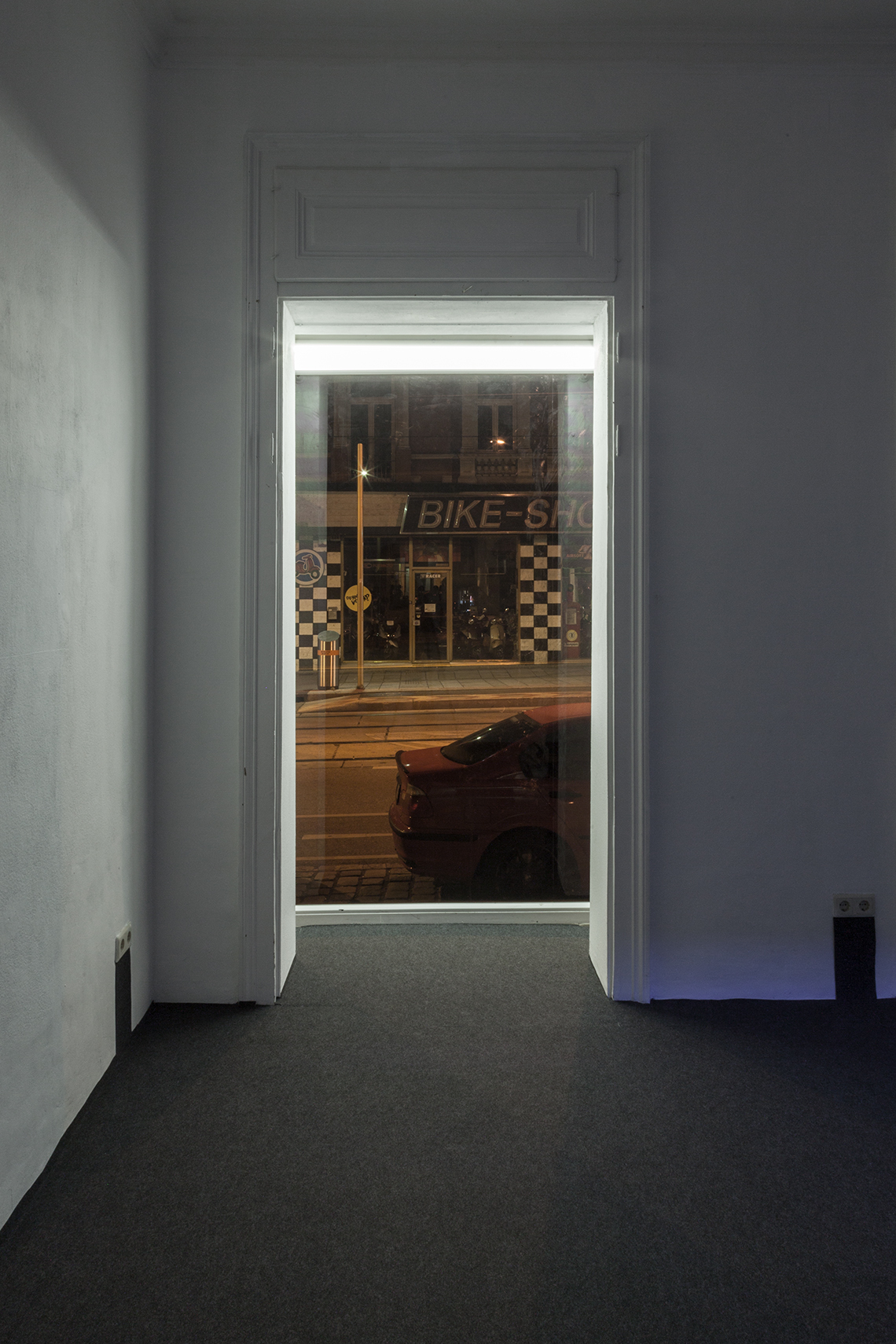 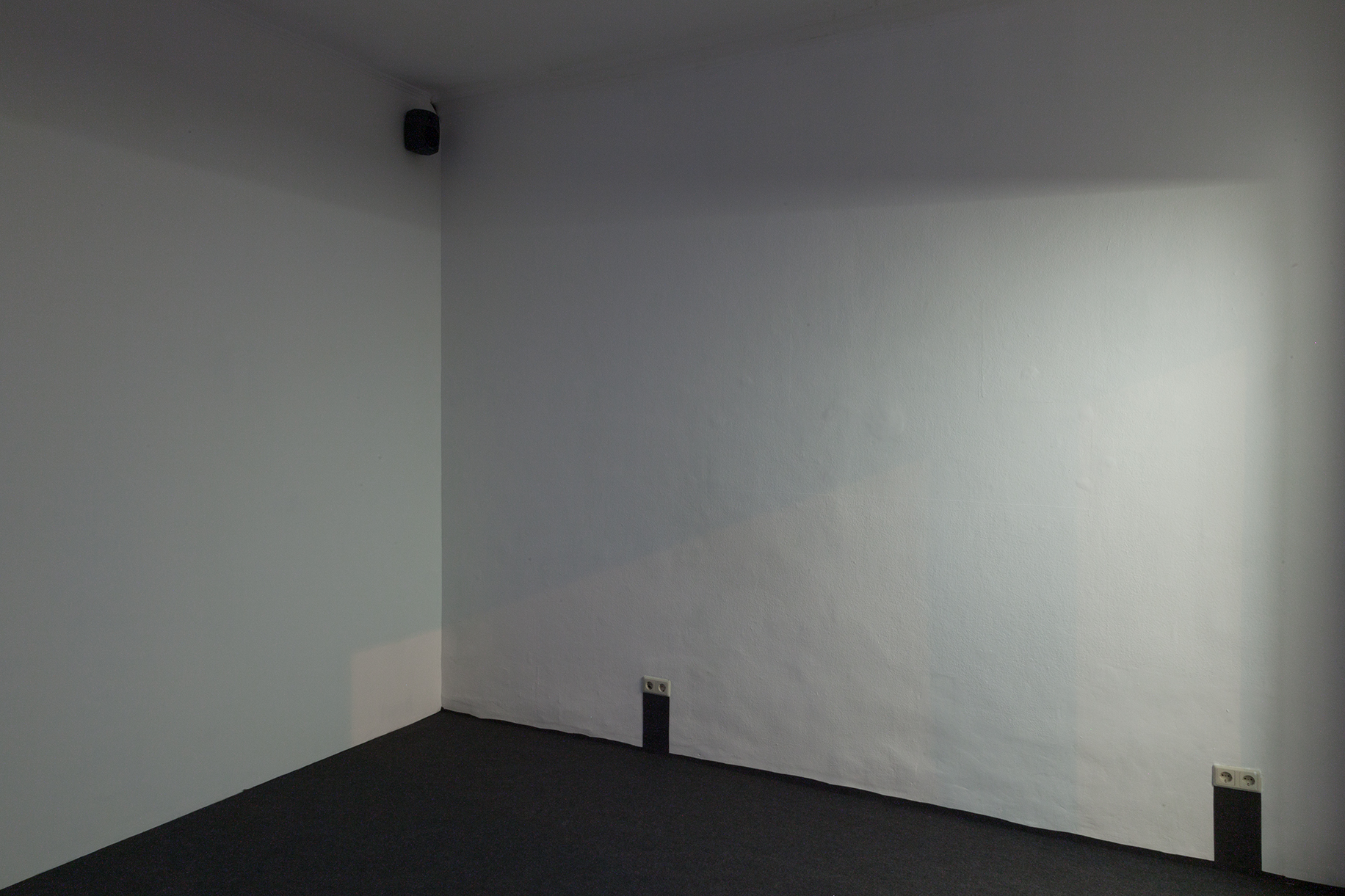 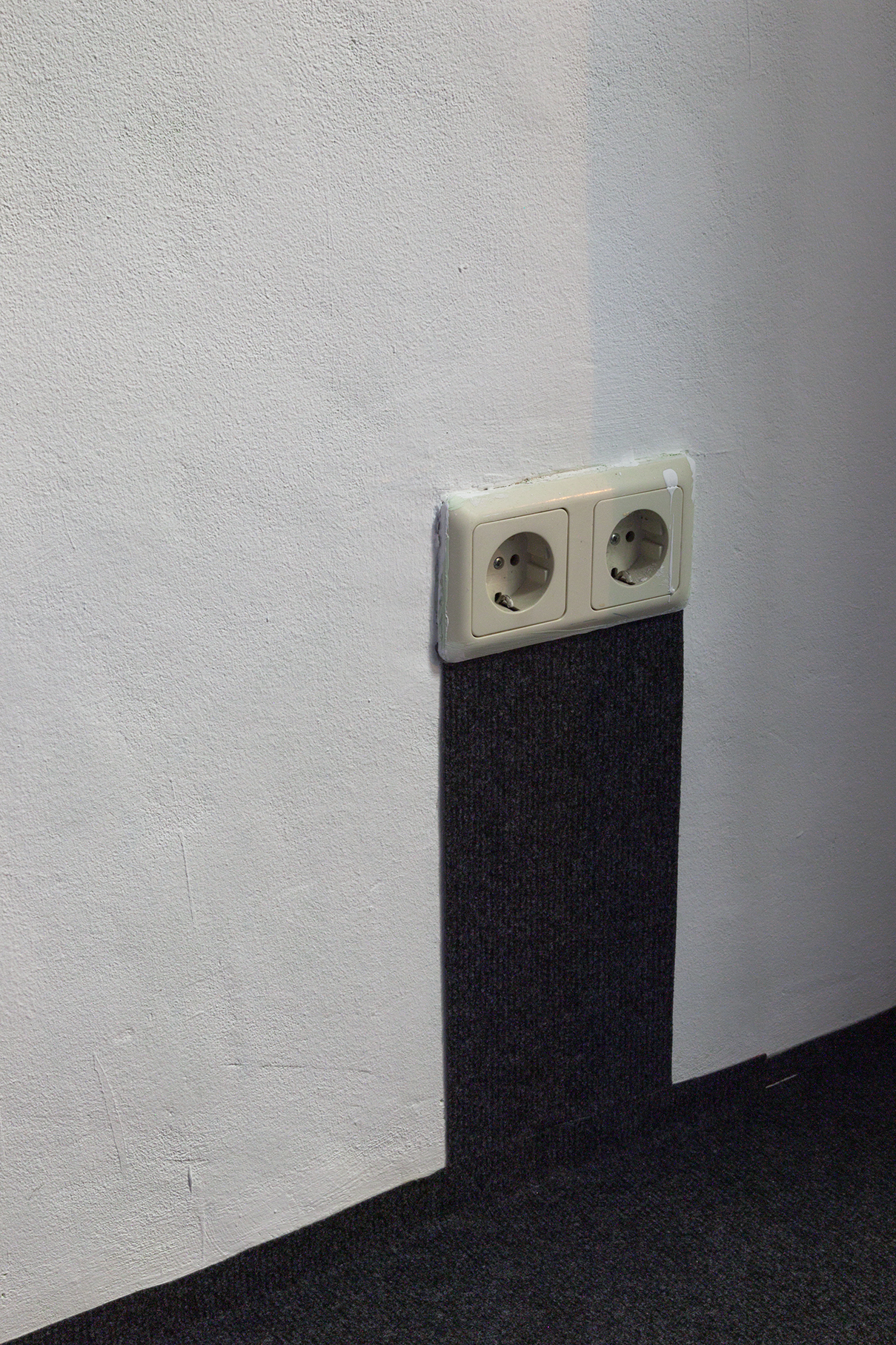 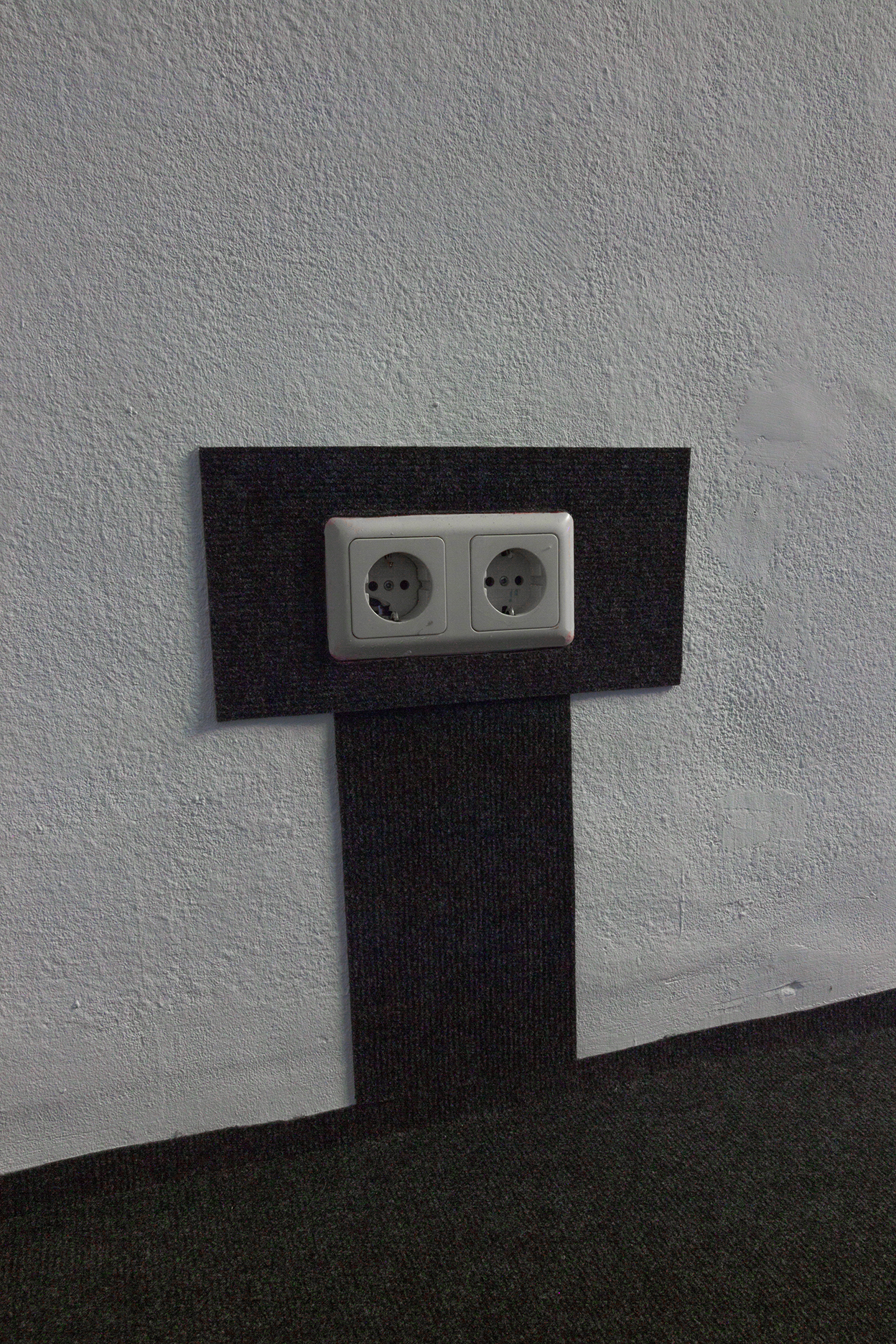 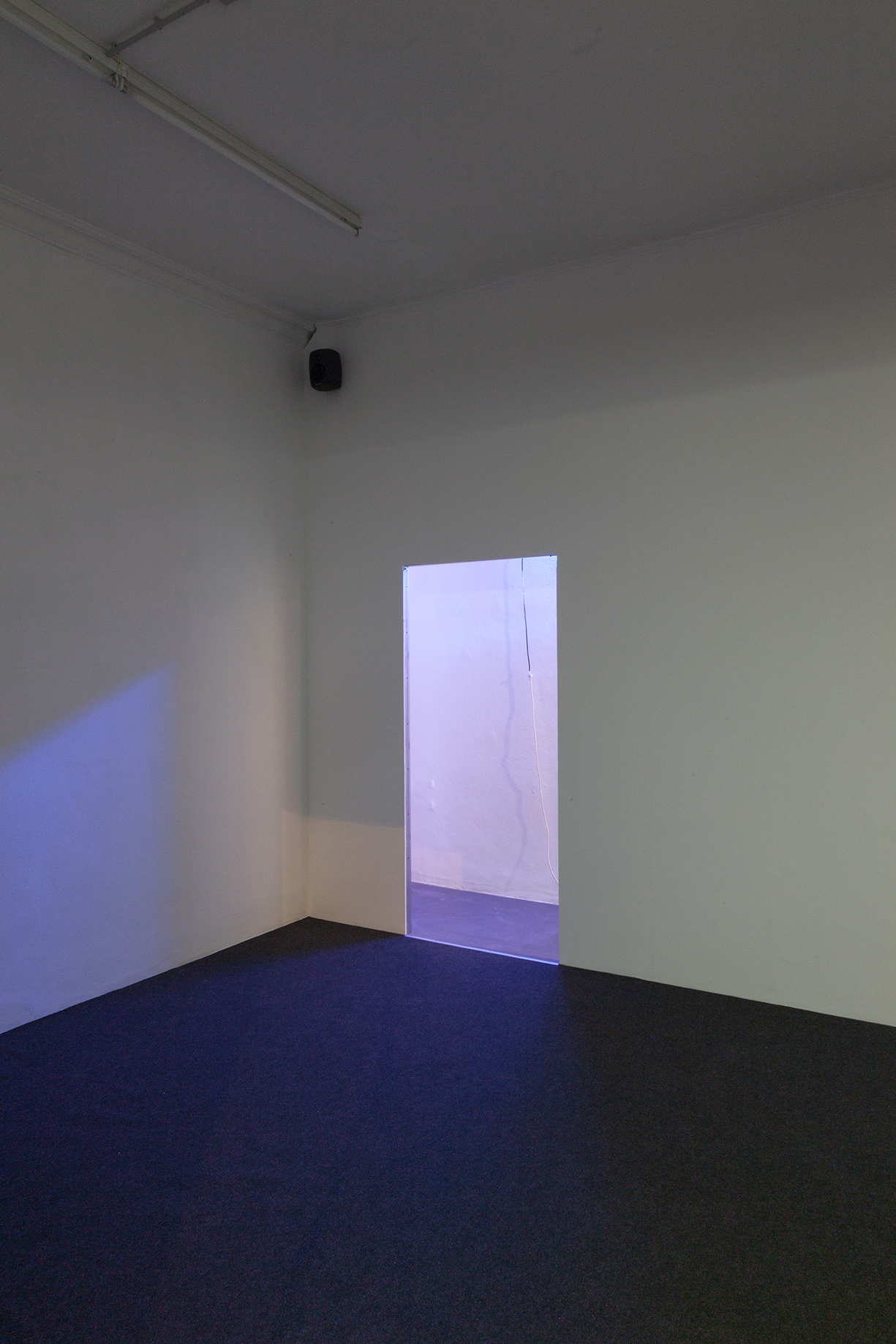 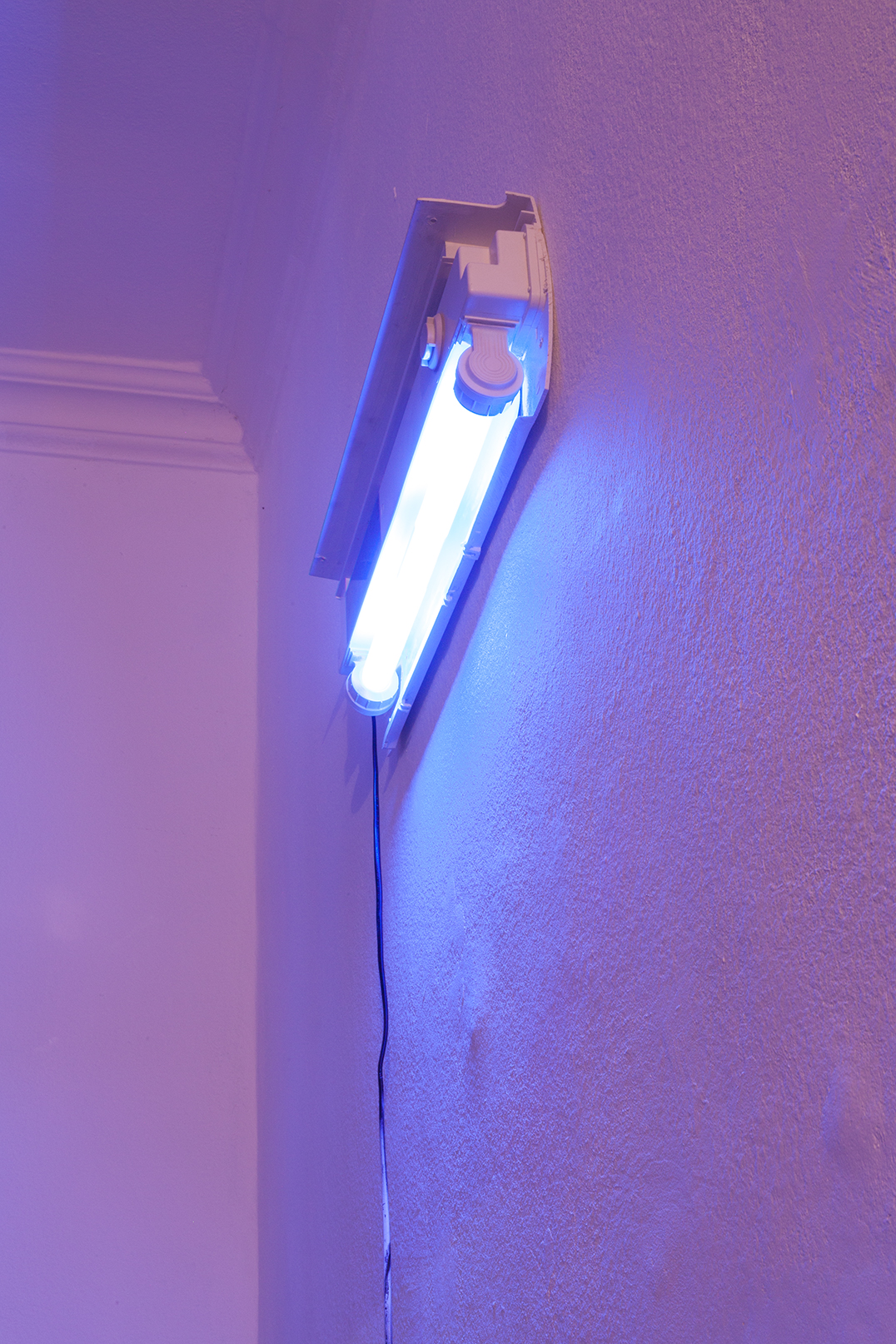 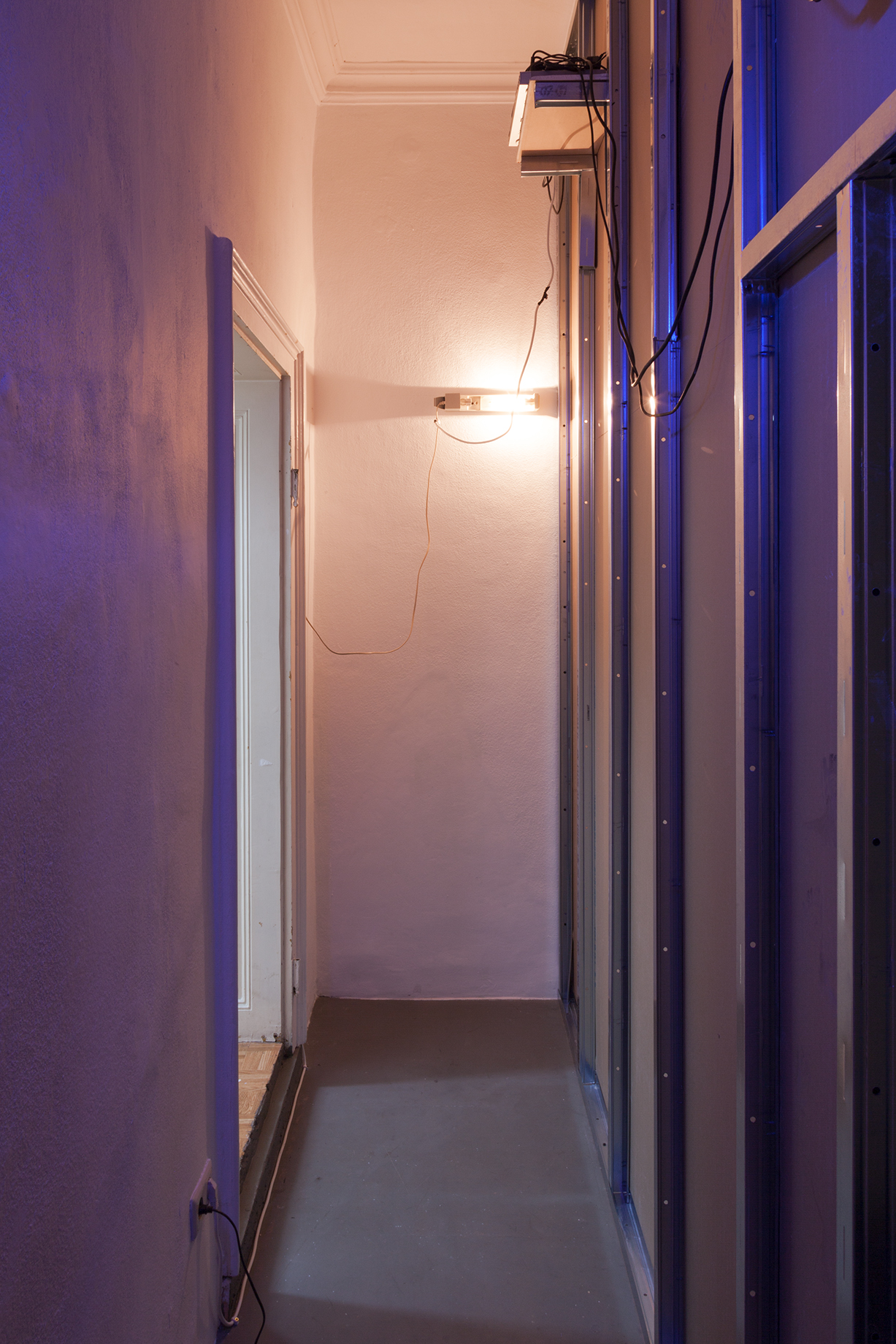 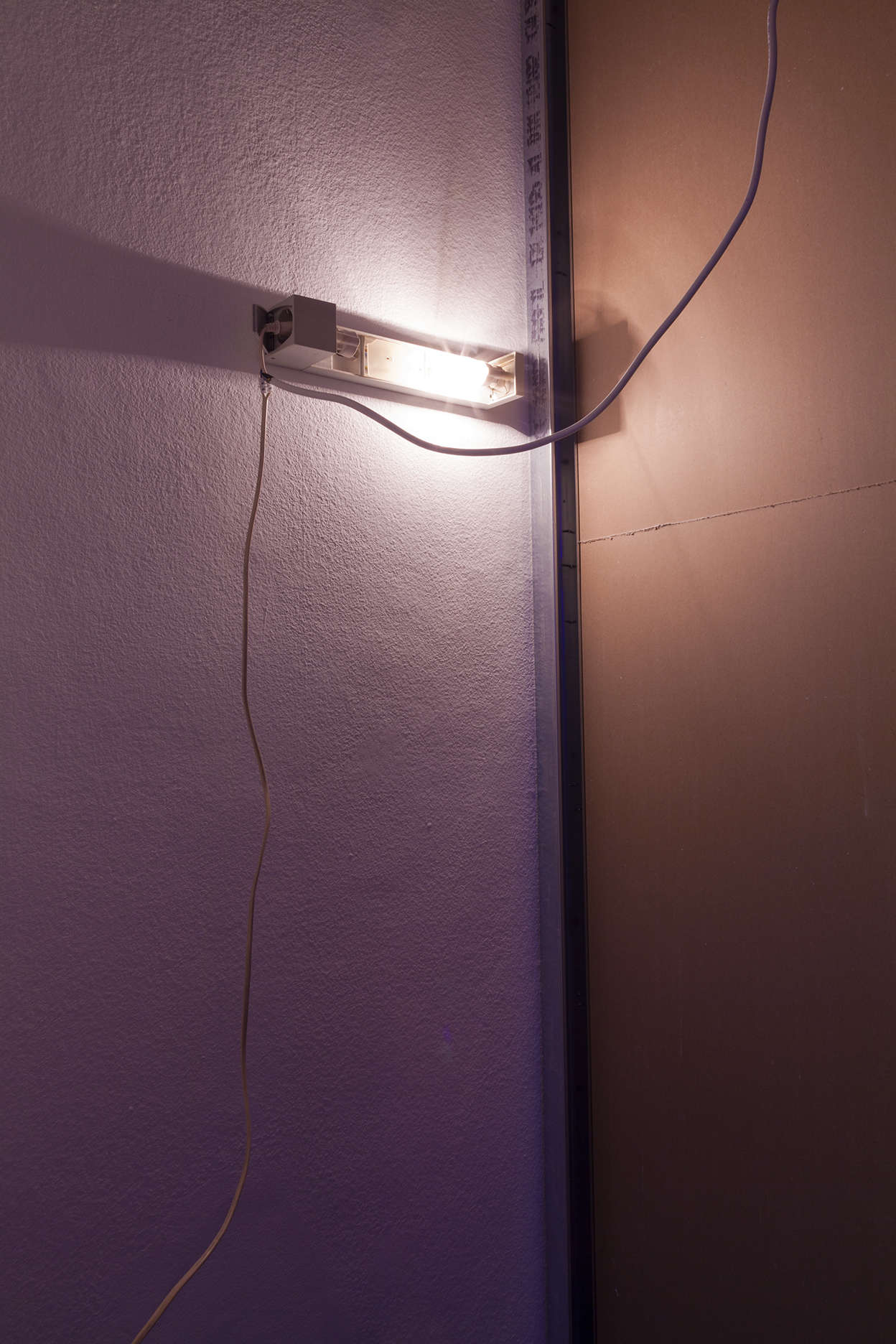 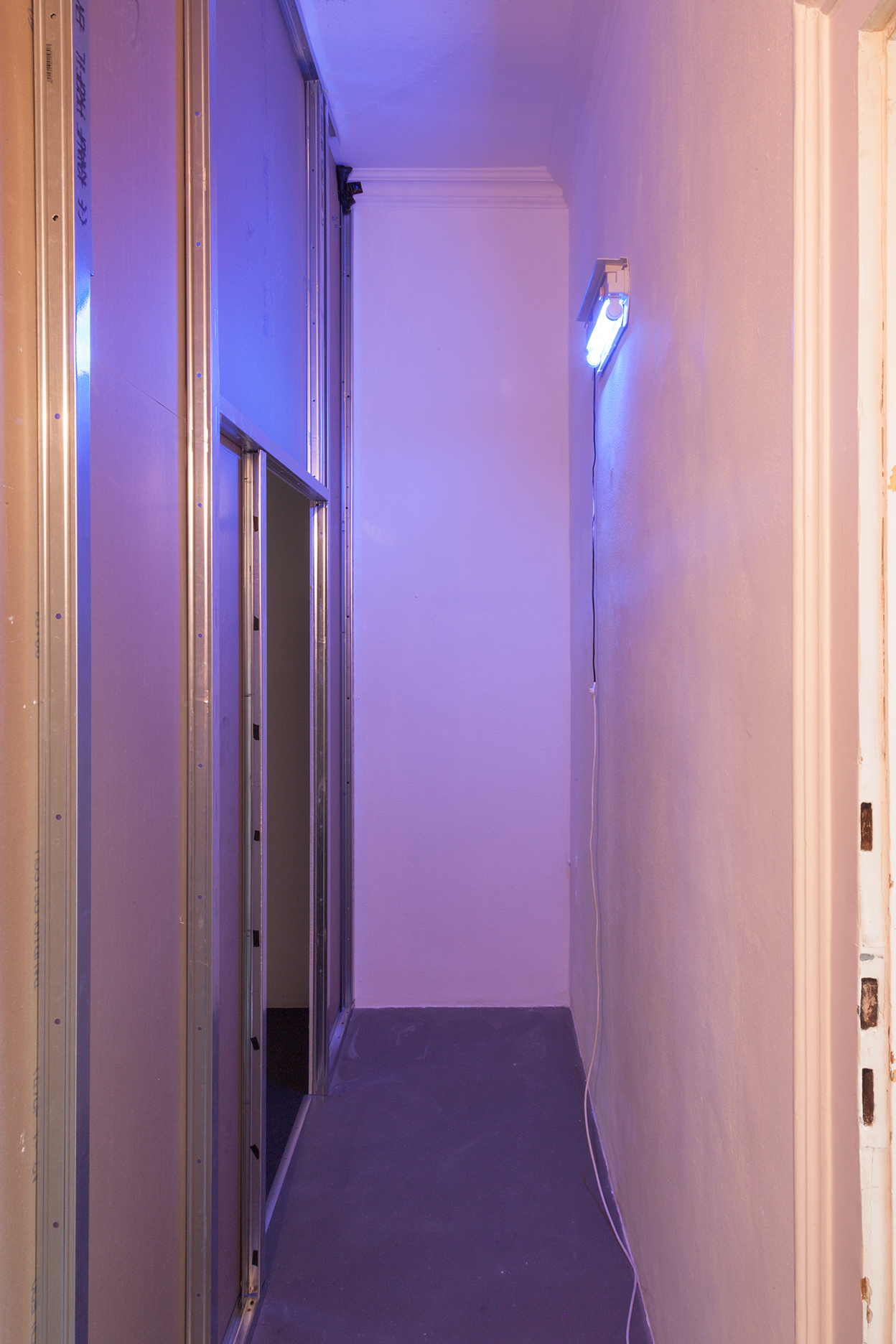 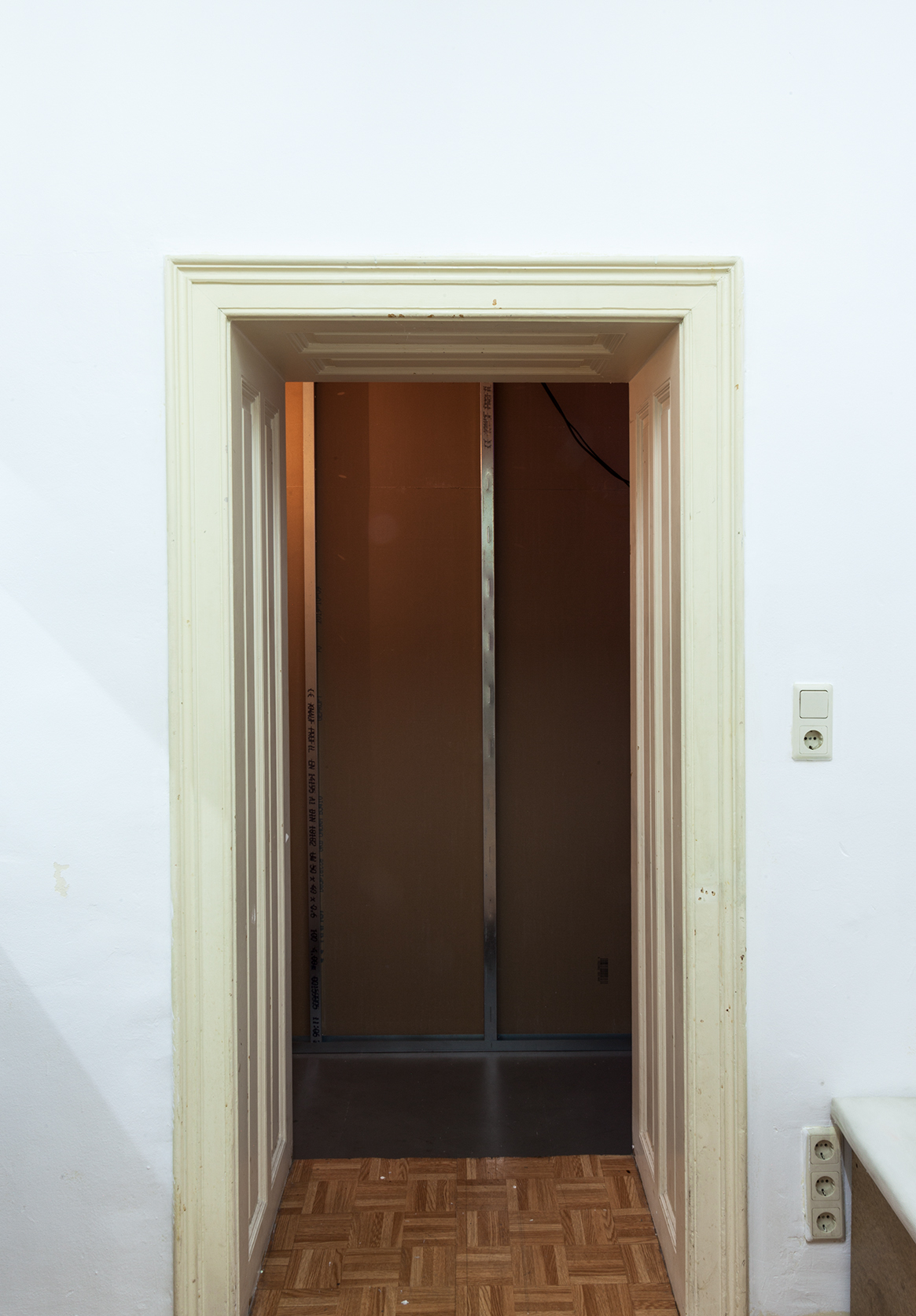 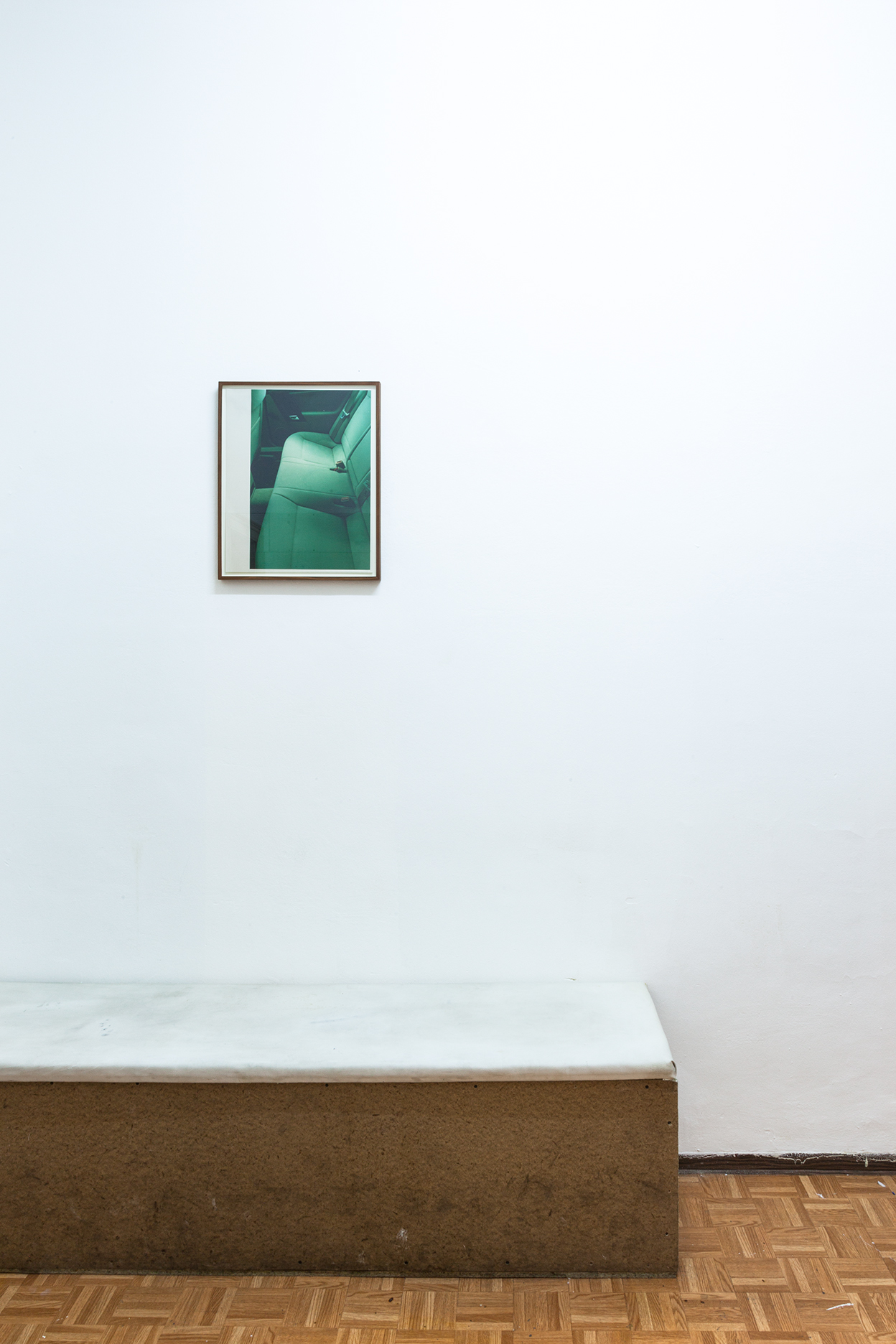 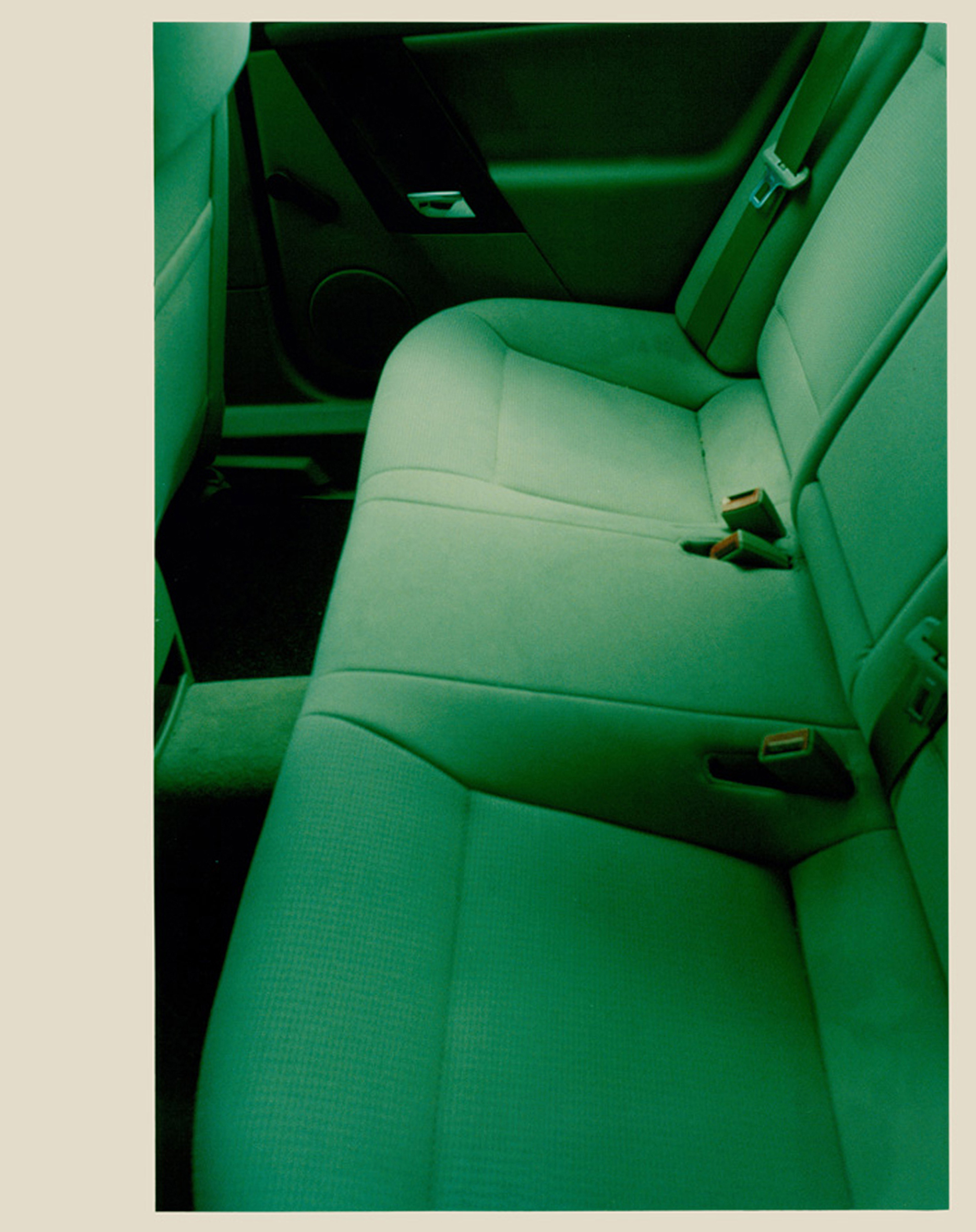